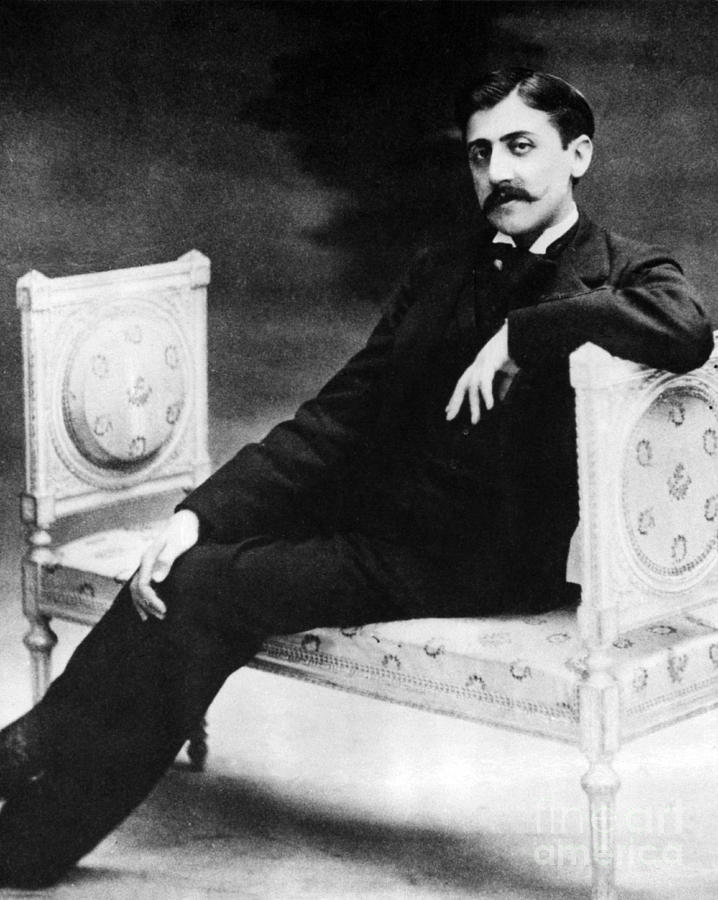 Valentin Louis Georges Eugčne Marcel Proust (1871-1922) was a French novelist, critic, and essayist best known for his monumental Ą la recherche du temps perdu (In Search of Lost Time, translated as Remembrance of Things Past). It was published in seven parts between 1913 and 1927. As a young man, Proust was a dilettante and a social climber whose aspirations as a writer were hampered by his lack of discipline. His reputation from this period; snob and amateur. Proust, a closeted homosexual, was one of the first European novelists to mention homosexuality openly. Proust spent the last three years of his life mostly confined to his bedroom, sleeping during the day and working at night to complete his novel. He died of pneumonia and a pulmonary abscess in 1922.