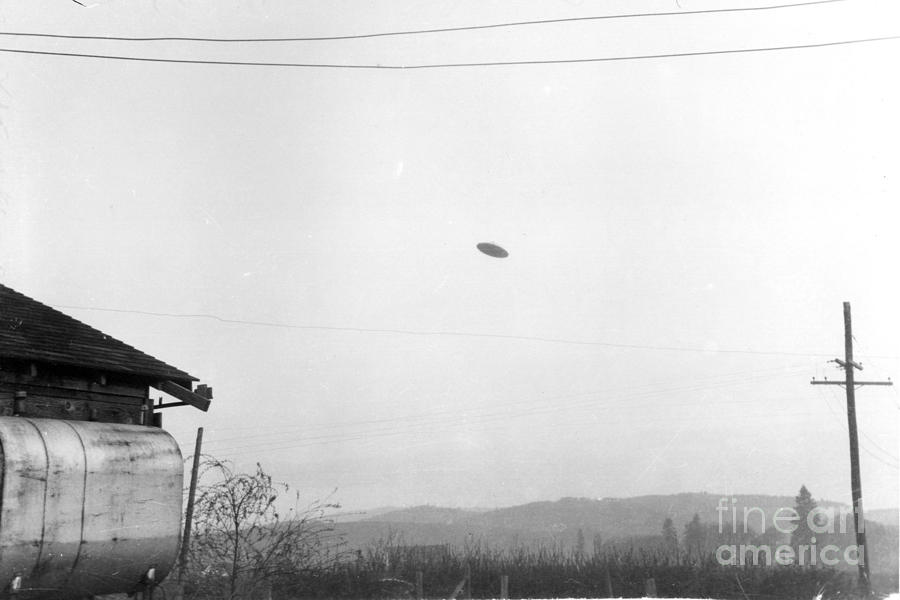 The McMinnville UFO photographs were taken on a farm near McMinnville, Oregon, in 1950. The photos were reprinted in Life magazine and in newspapers across the nation, and are often considered to be among the most famous ever taken of a UFO. The photos remain controversial, with many UFO researchers claiming they show a genuine, unidentified object in the sky, while many UFO skeptics claim that the photos are a hoax. At 730 pm on May 11, 1950, Evelyn Trent spotted a slow-moving, metallic disk-shaped object heading in her direction. She yelled for her husband, Paul, who came out and also saw the object. He went back inside the house to get a camera and took two photos before it sped away.