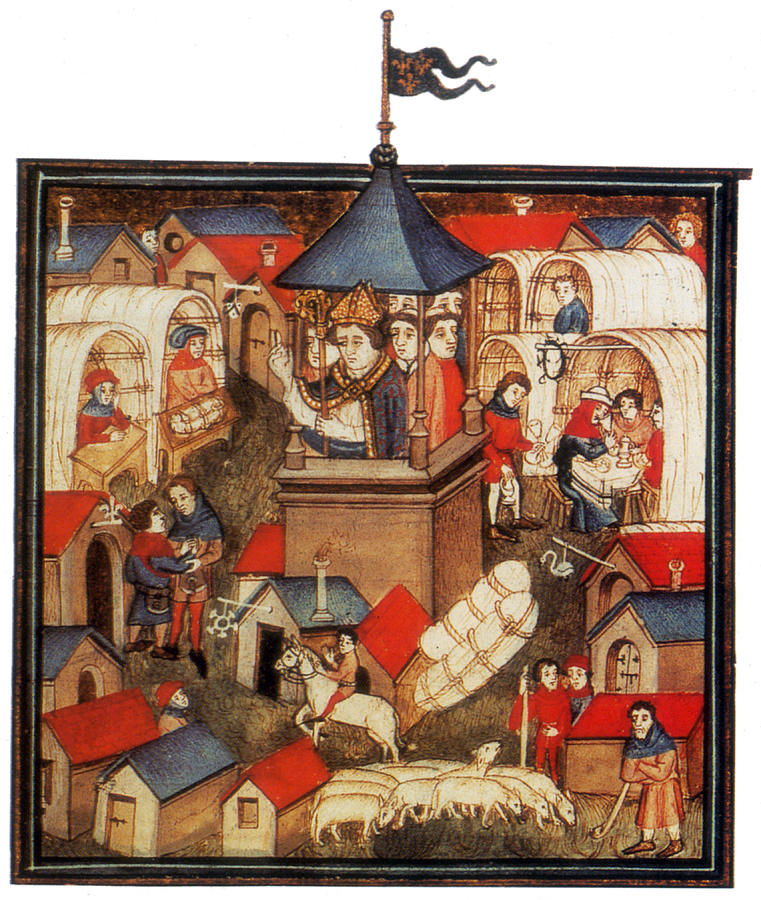 The Bishop of Paris pronouncing the Benediction for the relic of the True Cross at a market fair in Saint Denis in June, following the festival of Saint Barnabas. The Latin world "feria" meaning holy day was the origin of the word "fair." Each feria was a day when large numbers of people would assemble for worship. The commerce and trade of the Medieval fairs meant money. The church took an active part in sponsoring fairs on feast days, and as a result, fairs came to be an important source of revenue for the church. Commerce, by way of the Medieval fairs and religion became closely entwined. French manuscript illumination, 14th century.