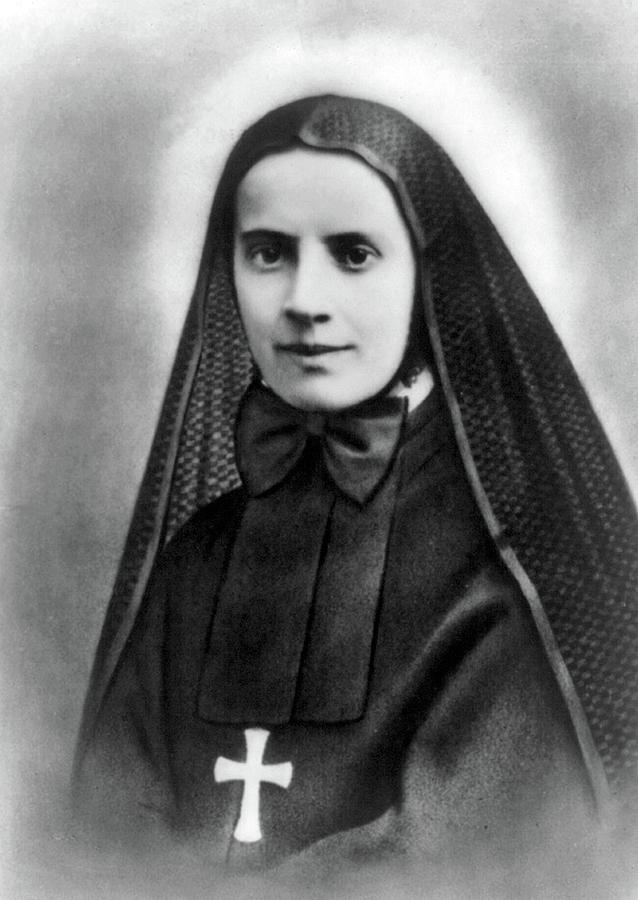 Frances Xavier Cabrini (July 15, 1850 - December 22, 1917), also called Mother Cabrini, was an Italian-American religious sister, who founded the Missionary Sisters of the Sacred Heart of Jesus, a Catholic religious institute that was a major support to the Italian immigrants to the United States.She composed the Rule and Constitutions of the religious institute, and she continued as its superior general until her death. The sisters took in orphans and foundlings, opened a day school to help pay expenses, started classes in needlework and sold their fine embroidery to earn a little more money. Cabrini organized catechism and education classes for the Italian immigrants and provided for the needs of the many orphans. She established schools and orphanages despite tremendous odds. She was as resourceful as she was prayerful, finding people who would donate what she needed in money, time, labor, and support. In New York City, she founded Columbus Hospital and Italian Hospital. She was the first naturalized citizen of the United States to be canonized by the Roman Catholic Church, on July 7, 1946. Cabrini died in 1917, of complications from dysentery, at the age of 67. By that time, she had founded 67 missionary institutions to serve the sick and poor and train additional sisters to carry on the work. No photographer credited, 1939.