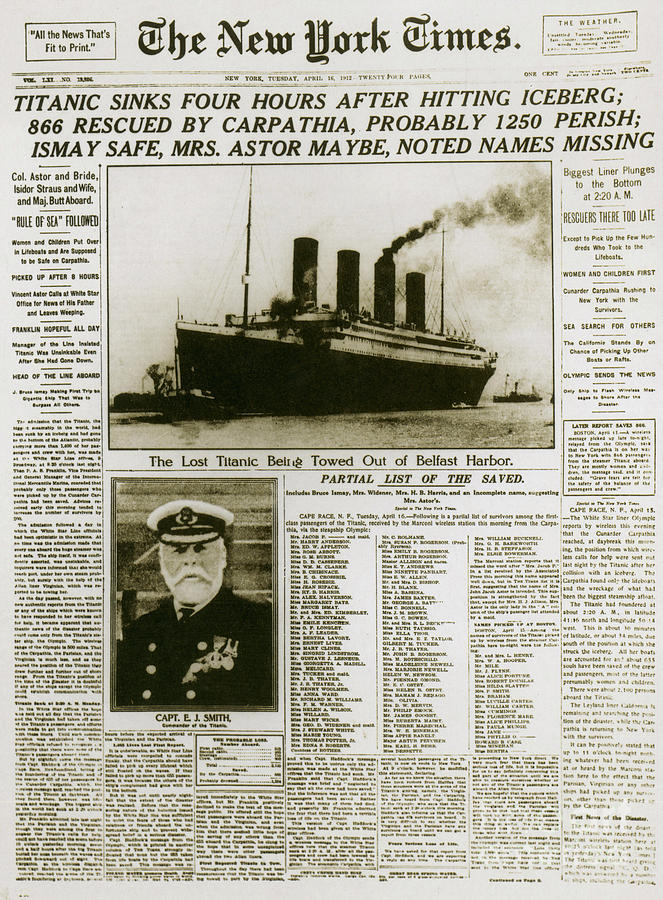 New York Times article from April 16th, 1912 about the Titanic Sinking. The Titanic steamship was the largest ship ever built at the time. In 1912, the ship sailed from Southampton, England to New York City. On April 14th, 1912 the ship struck an iceberg near Grand Banks and sank the next day. Only about 700 people survived out of the roughly 2,200 passengers and crew.