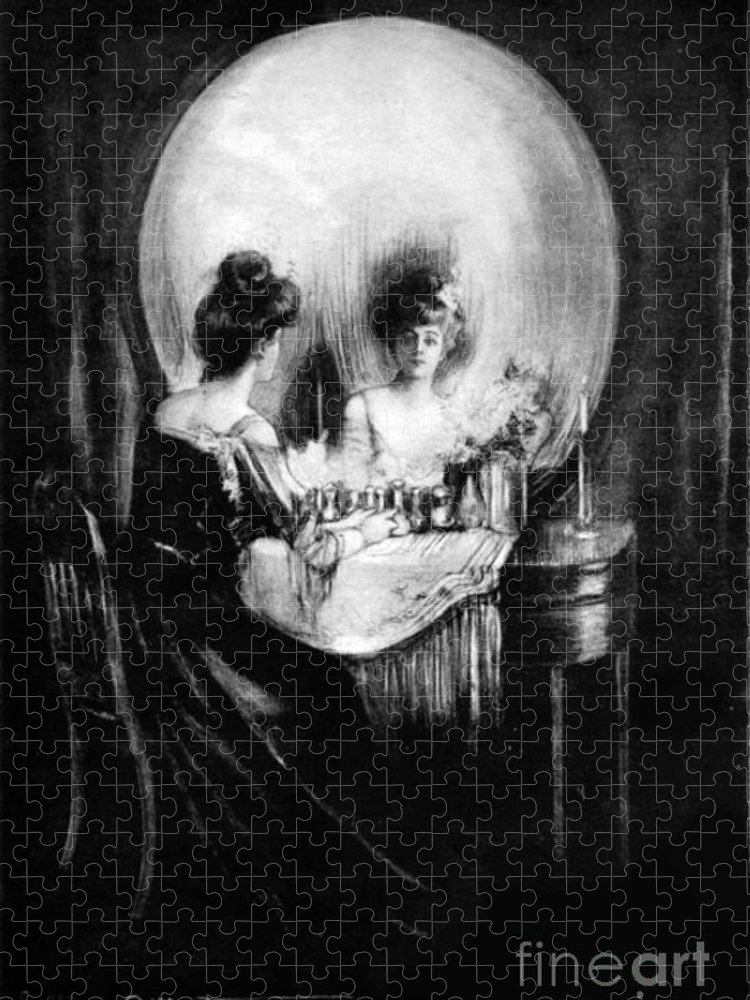 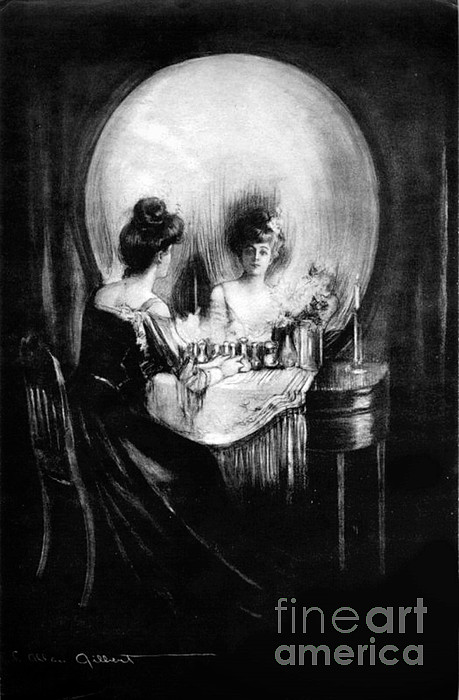 Charles Allan Gilbert (September 3, 1873 - April 20, 1929), better known as C. Allan Gilbert, was a prominent American illustrator. He is especially remembered for a widely published drawing (a memento mori or vanitas) titled All Is Vanity. The drawing employs a double image (or visual pun) in which the scene of a woman admiring herself in a mirror, when viewed from a distance, appears to be a human skull. The title is also a pun, as this type of dressing-table is also known as a vanity. An optical illusion is a phenomena where one seems to see something that doesn't exist or with another perspective. It is also called visual illusion and is categorized by visually apparent images. An optical illusion is basically a visually misleading image interpreted by the brain inaccurately.