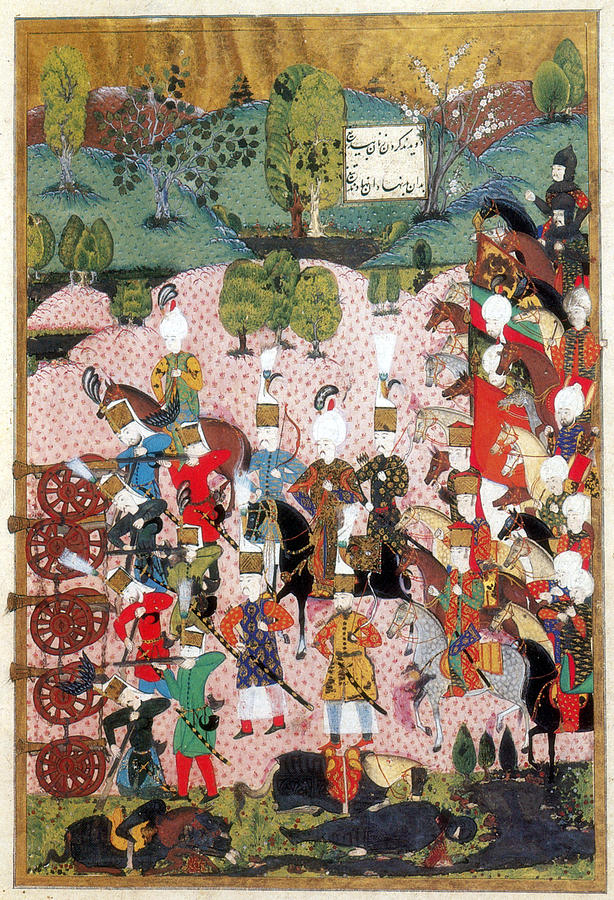 The Battle of Mohįcs was one of the most consequential battles in Central European history. It was fought on August 29, 1526 near Mohįcs, Kingdom of Hungary, between the forces of the Kingdom of Hungary, led by Louis II, and those of the Ottoman Empire, led by Suleiman the Magnificent. Hungary had an expensive but obsolete army, reliant on heavily armored knights on armored horses. The Hungarian battlefront consisted of two lines, the first with a center of mercenary infantry and artillery and the majority of the cavalry on either flank. The second line was a mix of levy infantry and cavalry. The Ottoman army was a more modern force built around the elite, musket-armed Janissaries, and artillery. The Hungarians took serious casualties from the skillfully handled Turkish artillery and musket volleys. The Hungarians could not hold their positions, and those who did not flee were surrounded and killed or captured. The Ottoman victory led to the partition of Hungary for several centuries between the Ottoman Empire, the Habsburg Monarchy, and the Principality of Transylvania. Further, the death of Louis II as he fled the battle marked the end of the Jagiellon dynasty in Hungary and Bohemia, whose dynastic claims passed to the House of Habsburg.