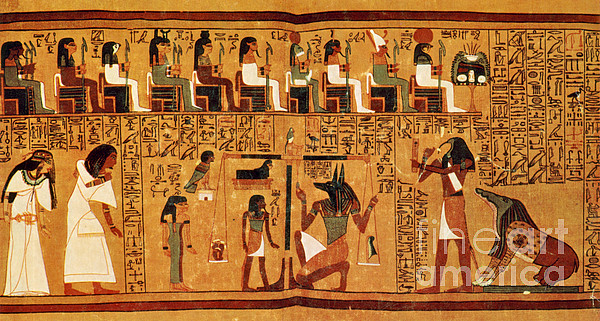 Papyrus Of Ani, Weighing Of The Heart Sticker