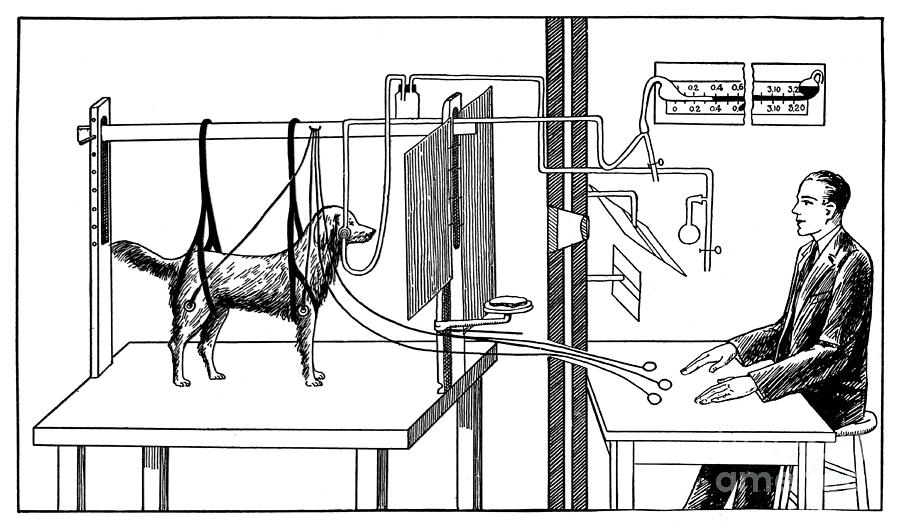 Diagram illustrating Pavlov's experiments on a dog. Ivan Petrovich Pavlov (1849-1936) was a Russian physiologist and experimental psychologist, who received the 1904 Nobel Prize for his work on the physiology of the digestive glands. He is best remembered for his work on conditioned reflexes, in which he conditioned dogs to salivate in anticipation of food by ringing a bell each meal time. Eventually, the bell alone provoked salivation. These experiments became the foundation of behaviorist psychology.