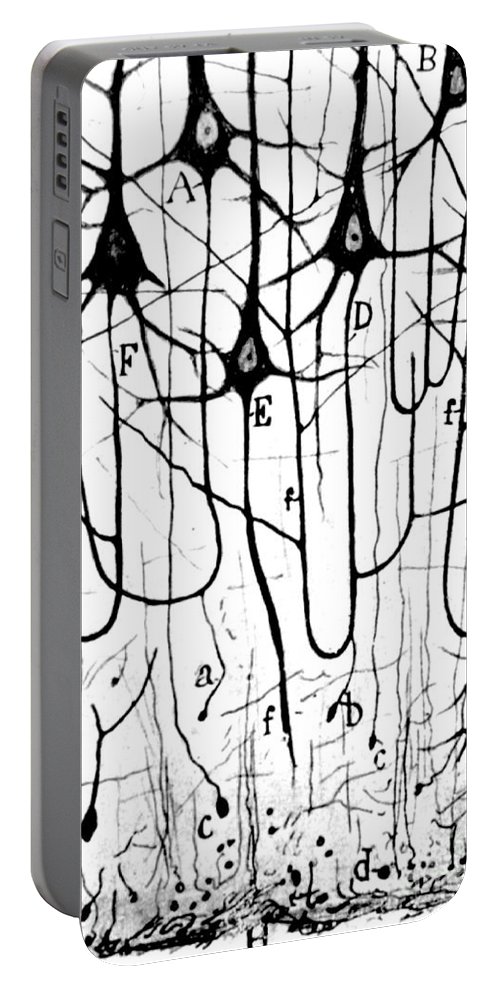 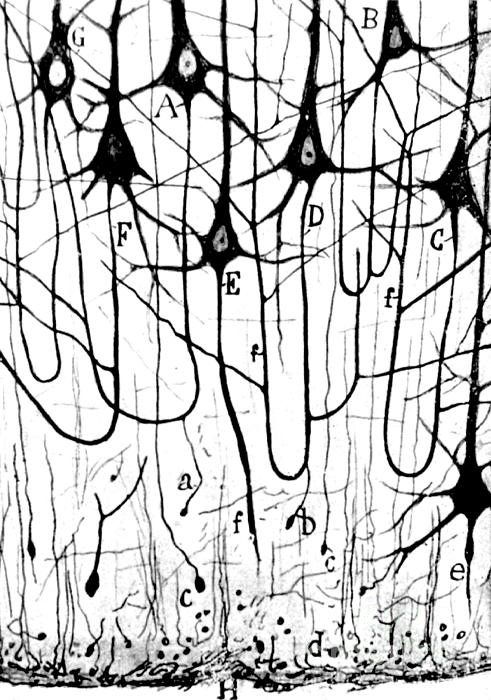 Pyramidal cells of the cerebral cortex of a cat illustrated by Cajal. Santiago Ramon y Cajal (1852-1934) was a Spanish pathologist, histologist,... more

Pyramidal cells of the cerebral cortex of a cat illustrated by Cajal. Santiago Ramon y Cajal (1852-1934) was a Spanish pathologist, histologist, neuroscientist, and Nobel laureate (1906). His pioneering investigations of the microscopic structure of the brain were original he is considered by many to be the father of modern neuroscience. He was skilled at drawing, and hundreds of his illustrations of brain cells are still used for educational purposes today. Pyramidal neurons (pyramidal cells) are a type of neuron found in areas of the brain including cerebral cortex, the hippocampus, and in the amygdala. Pyramidal neurons are the primary excitation units of the mammalian prefrontal cortex and the cortico-spinal tract. Pyramidal neurons were first discovered and studied by Cajal.