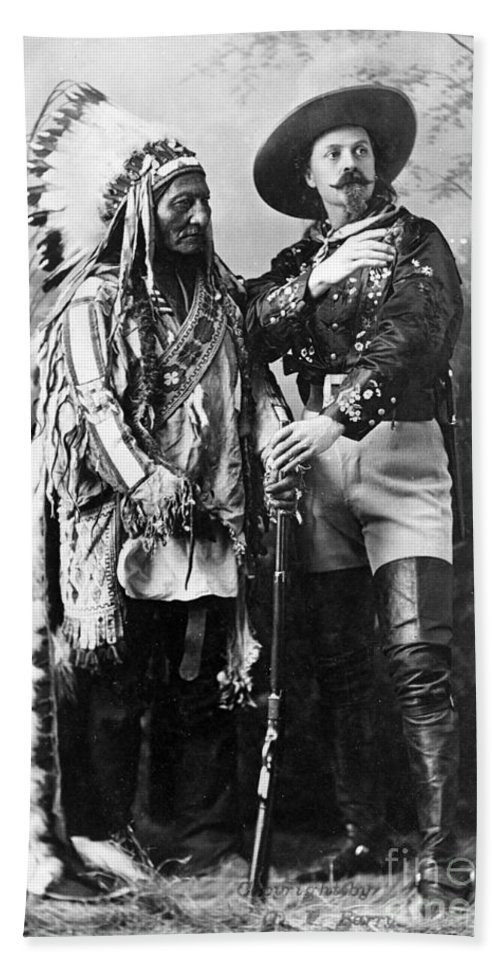 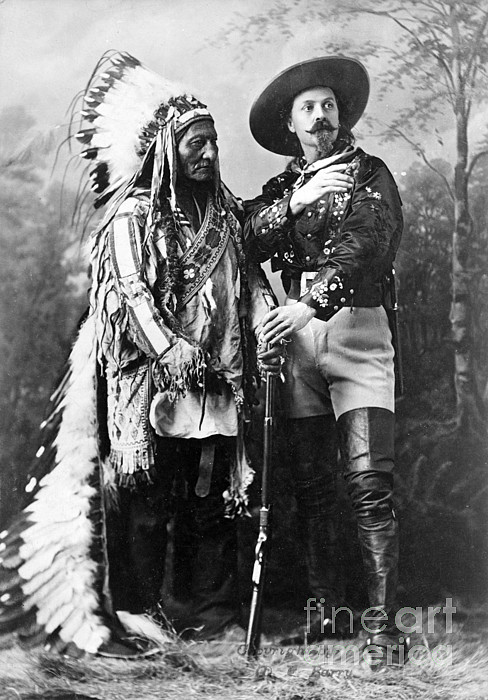 Sitting Bull and Buffalo Bill, taken by William Notman studios, Montreal, Quebec, Canada, during Buffalo Bill's Wild West Show, August 1885. Sitting Bull (1831 - December 15, 1890) was a Hunkpapa Lakota holy man who led his people as a tribal chief during years of resistance to United States government policies. n 1885, Sitting Bull was allowed to leave the reservation to go Wild Westing with Buffalo Bill Cody's Buffalo Bill's Wild West. He earned about $50 a week for riding once around the arena, where he was a popular attraction. He stayed with the show for four months before returning home. During that time, audiences considered him a celebrity and romanticized him as a warrior. He earned a small fortune by charging for his autograph and picture, although he often gave his money away to the homeless and beggars. William Frederick "Buffalo Bill" Cody (February 26, 1846 - January 10, 1917) was an American soldier, bison hunter and showman. One of the most colorful figures of the Ameri...