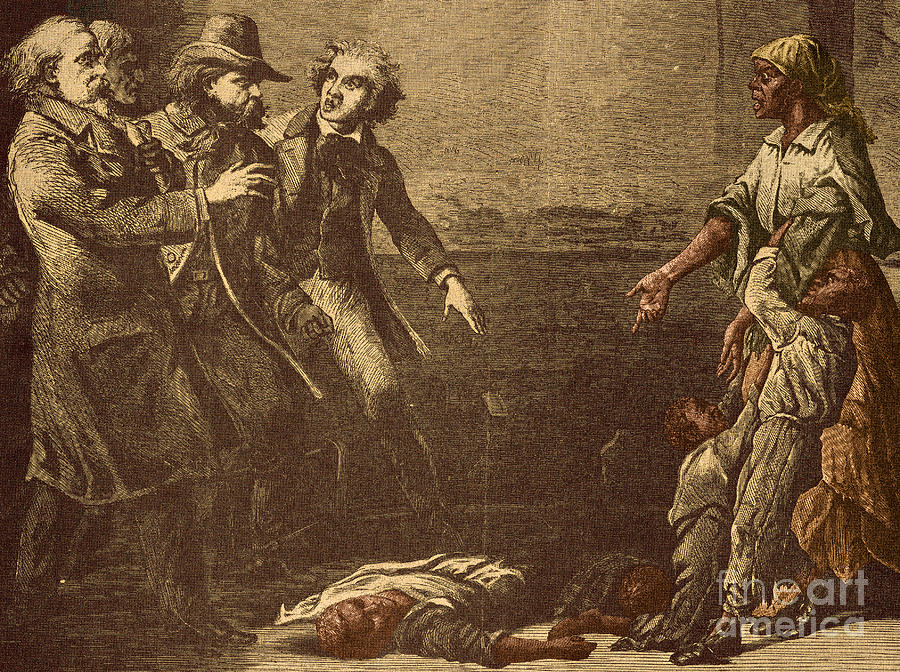 The Capture Of Margaret Garner

The Capture Of Margaret Garner

Color enhanced illustration of the capture of Margaret Garner. On January 27, 1856, Margaret and Robert Garner took their four children set out for Joseph Kite's house in Cincinnati. The first stop on their journey on the Underground Railroad. The next day A.K. Gaines, the Garner's master, and federal marshals stormed Kite's home with warrants for the arrest of the Garners. Determined not to return to slavery, Margaret decided to take the lives of herself and her children. When the marshals found Margaret in a back room, she had slit her two year old daughter's throat with a butcher knife, killing her. The other children lay on the floor wounded but still alive. The Margaret Garner case of 1856 was a ground breaking fugitive slave trial of the pre-Civil War era and became the inspiration for Toni Morrison's award winning novel, Beloved.