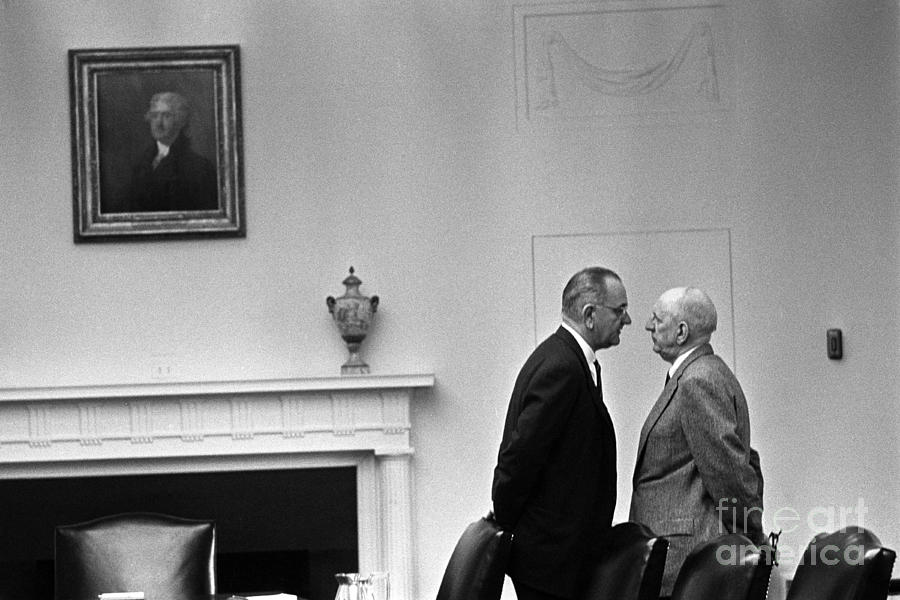 President Johnson meets with Senator Richard Russell. Cabinet Room, White House, Washington, DC. LBJ's ability to convince others to see things his way, vote for his legislation, serve at his command, and do what he needed them to do is so legendary that there is even a familiar description of his tactics, "the Johnson Treatment". He often used his imposing physical presence (6'4") to grab lapels, jab fingers in chests, wrap his arms on his target, and literally lean on others in order to get what he needed. The Johnson Treatment wasn't always a physical onslaught. He had an innate, often stunning ability to read the personalities of others and immediately understand exactly how to ingratiate himself with them. Richard Brevard Russell, Jr. (November 2, 1897 - January 21, 1971) was an American politician from Georgia. A member of the Democratic Party, he briefly served as speaker of the Georgia house, and as Governor of Georgia (1931-33) before serving in the United States Senate for almost 40 years, from 1933 until his death in 1971. Photographed by Yoichi Okamoto, December 7, 1963.