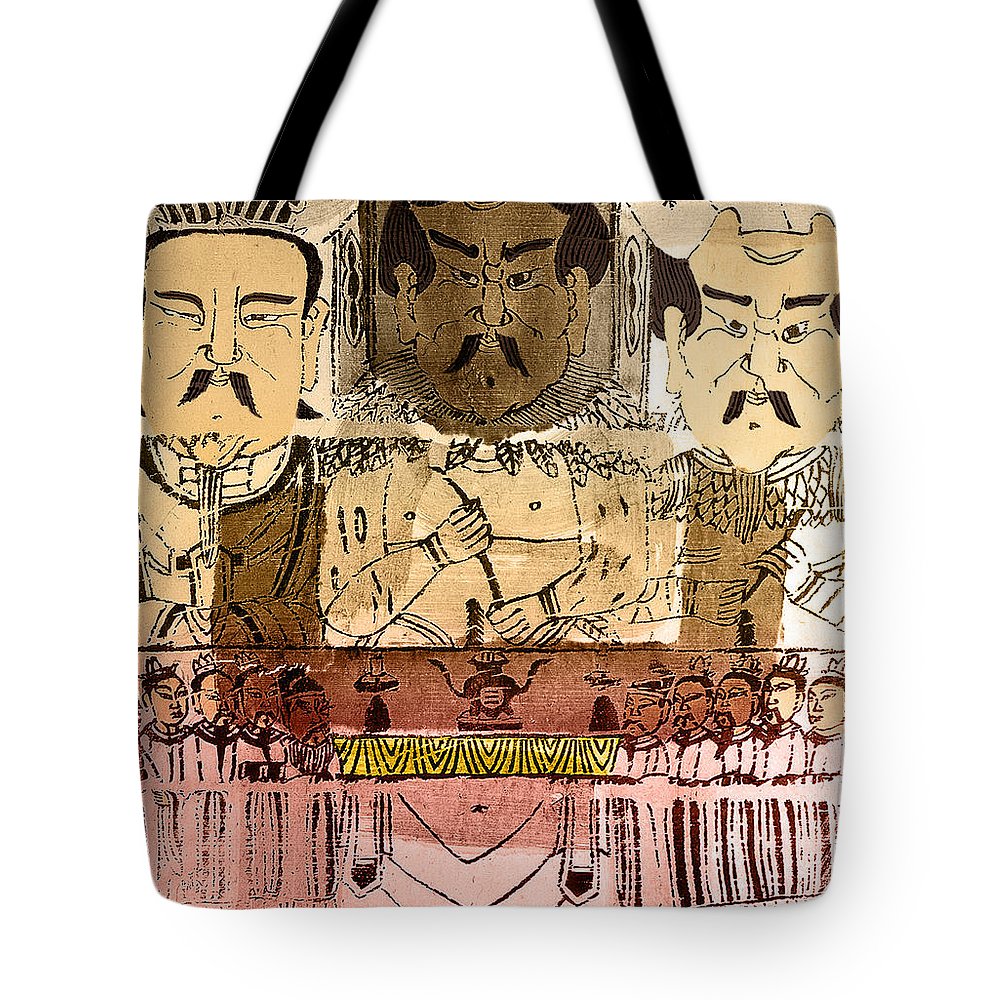 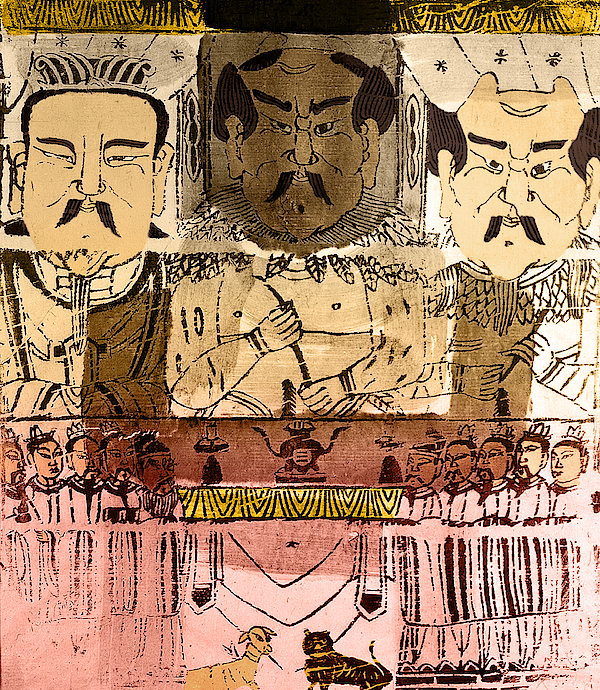 Purchase a tote bag featuring the photograph "Three Gods, Founders Of Chinese Medicine" by Wellcome Images.   Our tote bags are made from soft, durable, poly-poplin fabric and include a 1" black strap for easy carrying on your shoulder.   All seams are double-stitched for added durability.   Each tote bag is machine-washable in cold water and is printed on both sides using the same image.

The Three Sovereigns. The Three Sovereigns were a group of mythological demigods from ancient China, today considered culture heroes. In the middle is Shennong (or Shen Nung), flanked by Fu Hsi (or Fu Xi, Fu-hsi, Fuxi) (right) and Huangdi (formerly Huang-ti and Hwang-ti) (left), with ten of the most famous Chinese doctors grouped on either side at bottom. Shennong (or Shen Nung) was also known as the Emperor of the Five Grains. He is a god of medicine, said to have taught the ancient Chinese not only their practices of agriculture, but also their use of herbal drugs. Fu Xi is a culture hero in Chinese legend, acredited (along with his sister Nu Wa) with creating humanity and the invention of writing, hunting, fishing and cooking Huangdi, formerly romanized as Huang-ti and Hwang-ti, is one of the legendary Chinese sovereigns and culture heroes. Traditionally credited with numerous inventions and innovations, the Yellow Emperor is now regarded as the initiator of Chinese civilization, an...