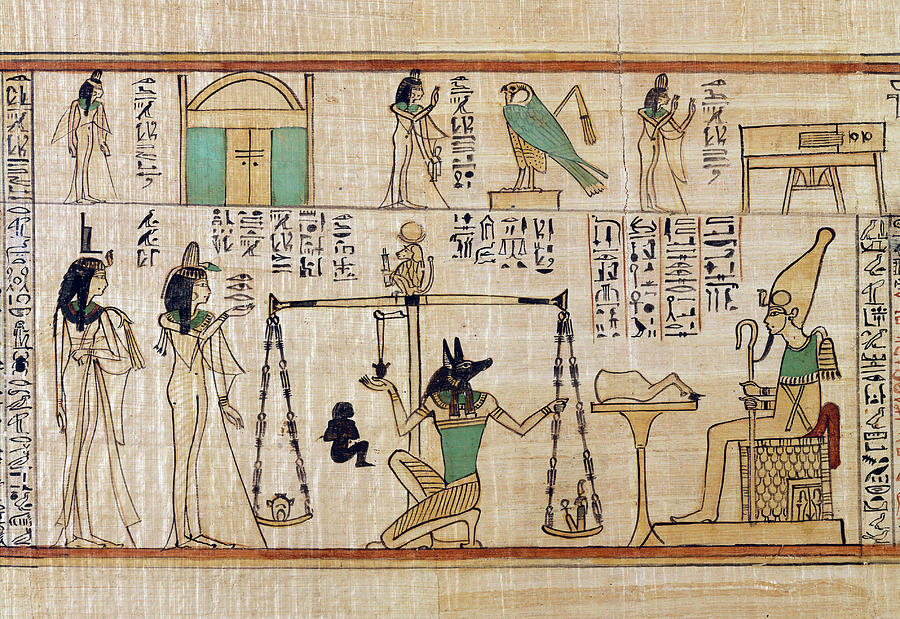 Weighing Of The Heart, Book Of The Dead

Weighing Of The Heart, Book Of The Dead

The scene depicted here shows the climax of the journey to the afterlife. Nany holds her mouth and eyes in her hand, standing to the left of a large scale. Her heart is being weighed against Maat, the goddess of justice and truth, represented as a tiny figure wearing her symbol, a single large feather, in her headband. On the right, Osiris, god of the underworld and rebirth, presides over the scene. Canine-headed Anubis, overseer of mummification, adjusts the scales, while a baboon symbolizing. Thoth sits on the balance beam and prepares to record the result. Behind Nany stands the goddess Isis, both wife and sister of Osiris. Papyrus 1050 BC,Thebes, Deir el-Bahri, Tomb of Meritamun.