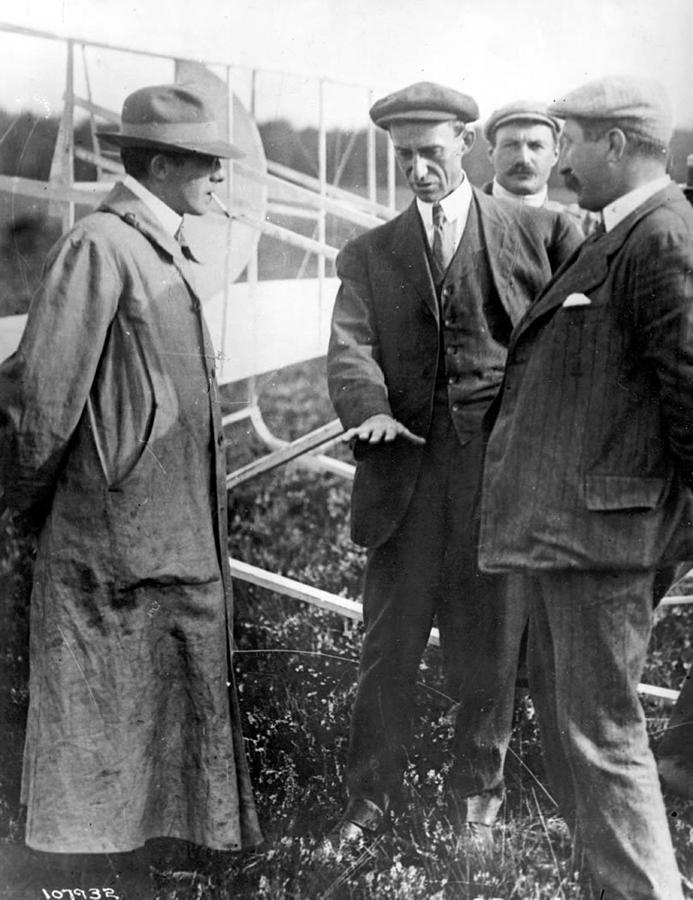 Wilbur Wright explaining something about his flight, Le Mans, France, 1908. (This was first public flight of Wright Aeroplane). Wilbur Wright (1867-1912) and his brother Orville (1871-1948), were two Americans credited with inventing and building the world's first successful airplane and making the first controlled, powered and sustained heavier-than-air human flight, on December 17, 1903. In the two years afterward, the brothers developed their flying machine into the first practical fixed-wing aircraft. Although not the first to build and fly experimental aircraft, the Wright brothers were the first to invent aircraft controls that made fixed-wing powered flight possible. Neither brother married. Wilbur once quipped that he "did not have time for both a wife and an airplane." He became ill on a business trip to Boston in April 1912 and was diagnosed with typhoid fever. He lingered in and out of consciousness for several weeks until he died, at age 45. Orville died in 1948, after his second heart attack, having lived from the horse-and-buggy age to the dawn of supersonic flight.