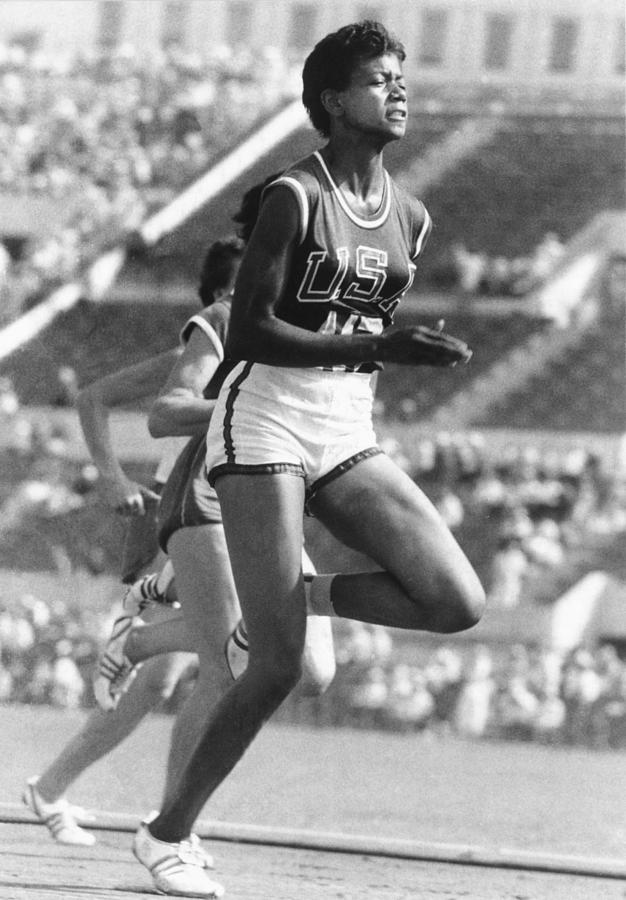 Rudolph at the 1960 Summer Olympics in Rome. Wilma Glodean Rudolph (June 23, 1940 - November 12, 1994) was an African-American athlete. She was considered the fastest woman in the world in the 1960s and competed in two Olympic Games (1956 and 1960). In the 1960 Summer Olympics (first international television coverage) she became the first American woman to win three gold medals in track and field during a single Olympic Games. She elevated women's track to a major presence in the United States. She was also a civil rights and women's rights pioneer. She was a powerful sprinter who was nicknamed, The Tornado, the fastest woman on earth. The Italians nicknamed her La Gazzella Negra (The Black Gazelle), and to the French she was La Perle Noire (The Black Pearl). After her athletic career, she worked as a teacher at Cobb Elementary School, coaching track at Burt High School, and became a sports commentator on national television. She was voted into the National Black Sports and Entertainment Hall of Fame in 1973 and the National Track and Field Hall of Fame in 1974. She was inducted into the US Olympic Hall of Fame in 1983, honored with the National Sports Award in 1993, and inducted into the National Women's Hall of Fame in 1994. She died of cancer in 1994 at the age of 54.