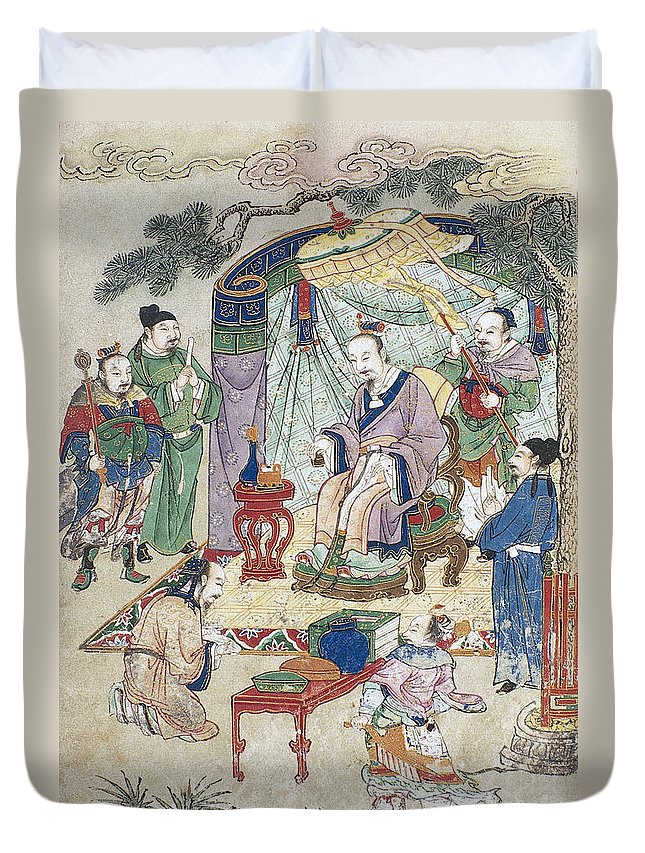 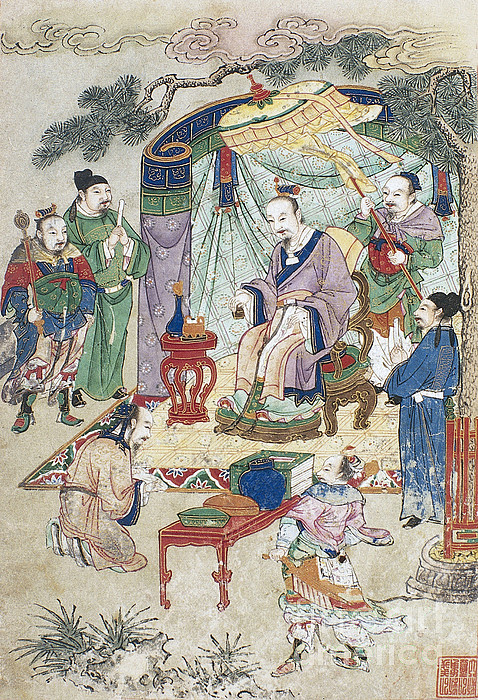 Queen duvet cover (88" x 88") featuring the image "Yellow Emperors Canon Of Medicine" by Wellcome Images. Our soft microfiber duvet covers are hand sewn and include a hidden zipper for easy washing and assembly. Your selected image is printed on the top surface with a soft white surface underneath. All duvet covers are machine washable with cold water and a mild detergent.

The Yellow Emperor (Huangdi) is shown presenting books containing medical knowledge to Lei Gong, the Thunder Duke. The scene unfolds outdoors. The Yellow Emperor is seated beneath a yellow canopy in the shade of a pine tree, flanked by four civil and military officials. Lei Gong prostrates himself at his feet. To his right, books and other largesse are laid out on tables. The picture is inspired by a passage in Suwen Zhu zhi jiao lun (Plain Questions On the Transmission of the Teachings), from the Inner Canon of the Yellow Emperor "When the Yellow Emperor was seated in The Hall of Brightness, he summoned Lei Gong and questioned him". After this, he transmitted the knowledge of medicine to Lei Gong.