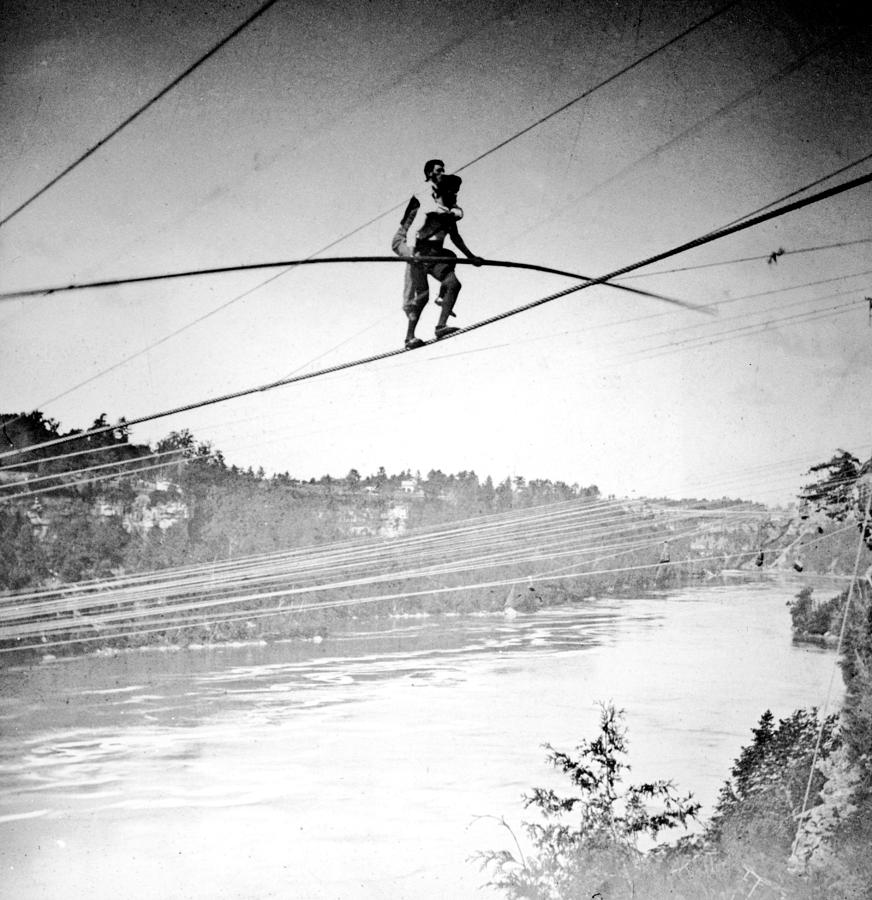 Entitled "Blondin carries manager Harry Colcord on back over Niagara Falls." Charles Blondin (born Jean François Gravelet, February 28, 1824 - February 22, 1897) was a French tightrope walker and acrobat, called the "Chevalier Blondin", or simply "The Great Blondin". At the age of five he was sent to the École de Gymnase at Lyon and, after six months training as an acrobat, made his first public appearance as "The Boy Wonder". His superior skill and grace, as well as the originality of the settings of his acts, made him a popular favorite. He is most remembered for crossing the Niagara Gorge (located on the Canada- US border) on a tightrope, 1,100 feet long, 3.25 inches in diameter and 160 feet above the water, near the location of the current Rainbow Bridge. He first accomplished this on June 30, 1859, and a number of times thereafter, always with different theatrical variations blindfolded, in a sack, trundling a wheelbarrow, on stilts, carrying a man (his manager, Harry Colcord) on his back, sitting down midway while he cooked and ate an omelet and standing on a chair with only one chair leg on the rope. Blondin died of diabetes in 1897, at the age of 73.