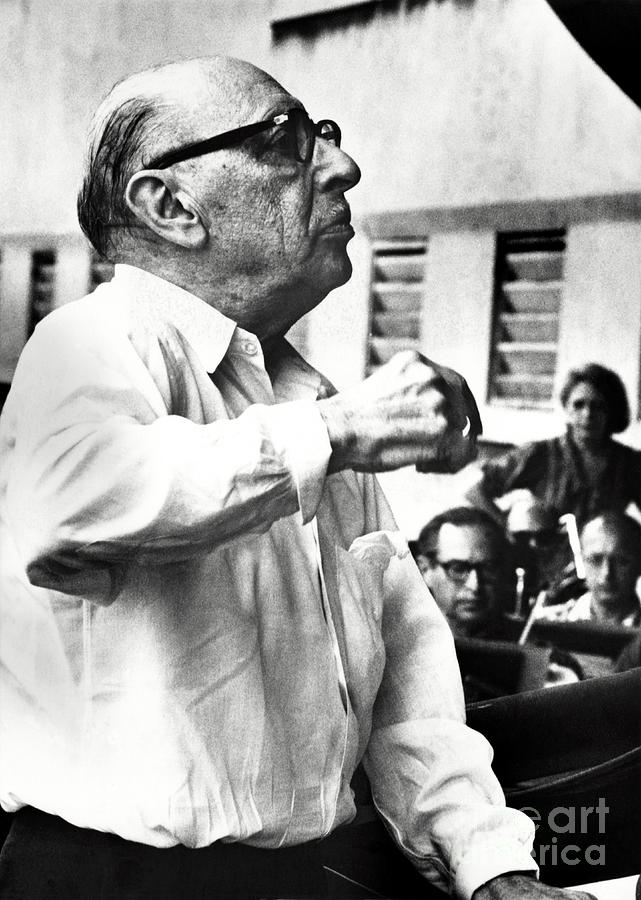 Igor Fyodorovich Stravinsky (1882-1971) was a Russian, and later French and American, composer, pianist, and conductor. He is one of the most important and influential composers of 20th century music. He also achieved fame as a pianist and a conductor. Stravinsky's compositional career was notable for its stylistic diversity, a musical revolutionary, who pushed the boundaries of musical design. Stravinsky displayed an inexhaustible desire to explore and learn about art, literature, and life. He became a naturalized French citizen in 1934 and a naturalized US citizen in 1945. He died at the age of 88 in New York City (Essex House) and was buried in Venice on the cemetery island of San Michele. His grave is close to the tomb of his long-time collaborator Sergei Diaghilev.