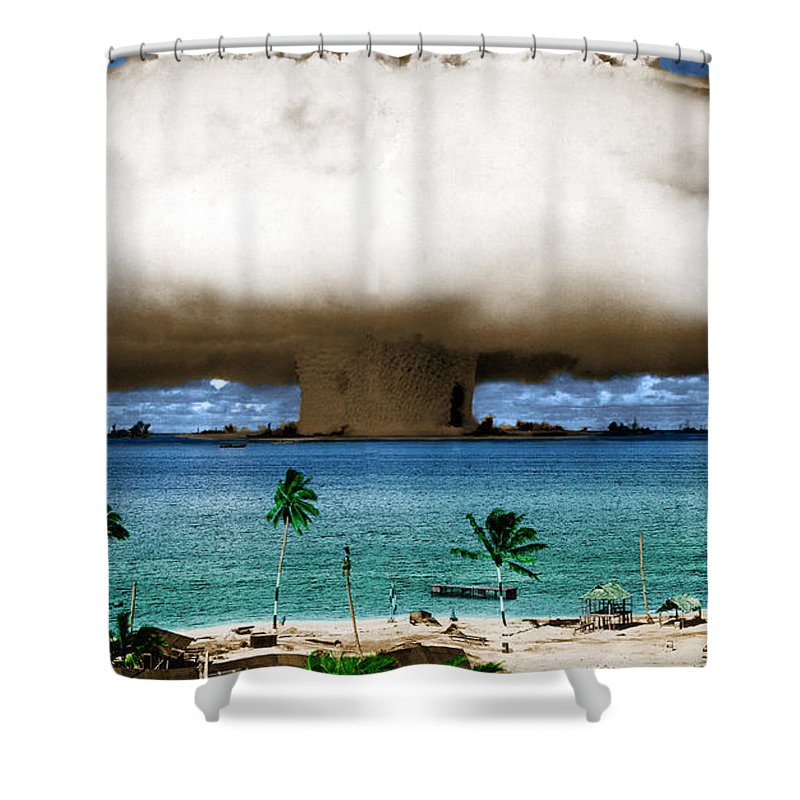 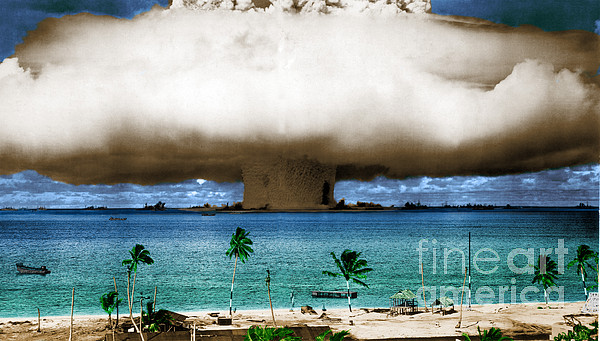 Operation Crossroads BAKER was suspended beneath landing craft LSM-60 anchored in the midst of the target fleet. It was detonated on July 25, 1946,... more

Operation Crossroads BAKER was suspended beneath landing craft LSM-60 anchored in the midst of the target fleet. It was detonated on July 25, 1946, 90 feet underwater, halfway to the bottom in water 180 feet deep. No identifiable part of LSM-60 was ever found. Operation Crossroads was a series of nuclear weapon tests conducted by the United States at Bikini Atoll in mid-1946. It was the first test of a nuclear weapon after the Trinity nuclear test in July 1945, and the first detonation of any nuclear device following the Fat Man detonation on August 9, 1945. Its purpose was to investigate the effect of nuclear weapons on naval ships. Crossroads consisted of two detonations, each with a yield of 23 kilotons of TNT. Able was detonated at an altitude of 520 feet on July 1, 1946.