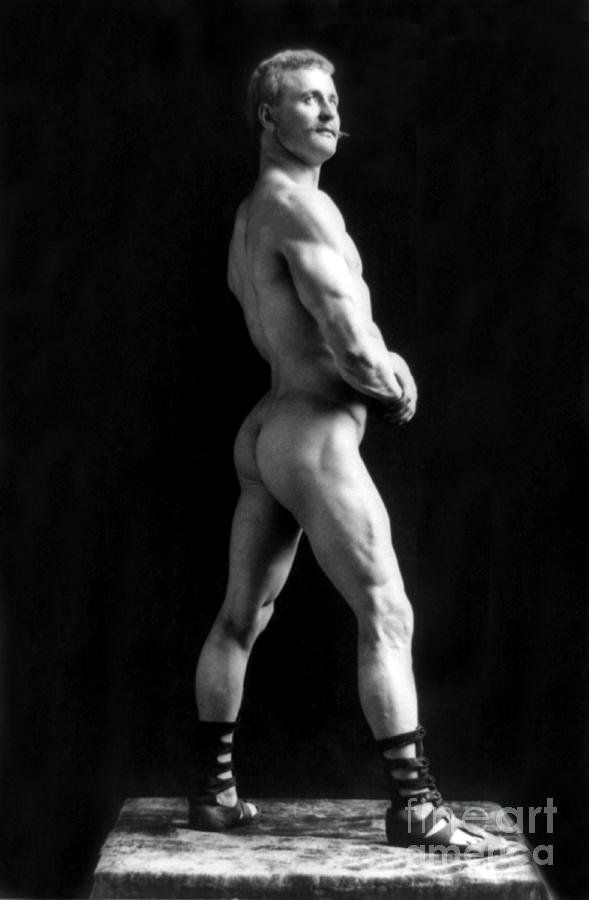 Eugen Sandow (April 2, 1867 - October 14, 1925) was a German bodybuilder. He left Prussia in 1885 to avoid military service and traveled throughout Europe, becoming a circus athlete. He refined his technique and crafted it into popular entertainment with posing and incredible feats of strength. Flo Ziegfeld Jr. hired Sandow for the 1893 World's Columbian Exposition and found that the audience was more fascinated by his bulging muscles than by the amount of weight he was lifting. He quickly became Ziegfeld's first star. In 1894, he appeared in a short Kinetoscope film that was part of the first commercial motion picture exhibition in history. Sandow's resemblance to the physiques found on classical Greek and Roman sculpture was no accident, as he measured the statues in museums and helped to develop "The Grecian Ideal" as a formula for the "perfect physique." He is considered the father of modern bodybuilding, as one of the first athletes to intentionally develop his musculature to predetermined dimensions. He travelled all around the world on tours to countries as varied as South Africa, India, Japan, Australia, New Zealand. He died in 1925 of what newspapers announced as a brain hemorrhage at the age of 58. He was buried in an unmarked grave at the request of his wife. Photographed by Napoleon Sarony, 1893.