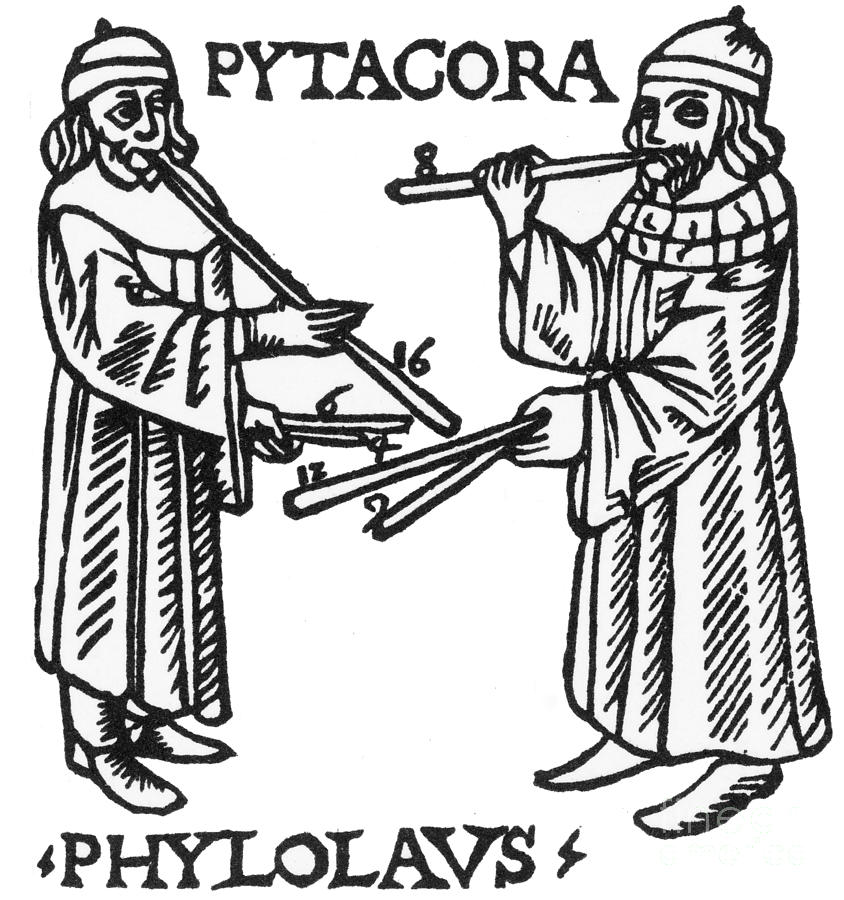 Fifteenth century woodcut of the Greek philosopher Pythagoras discovering acoustics and musical theory around 550 BC. Here, Pythagoras is shown discovering the mathematical rationale of musical pitch and harmony with pipes. Woodcut form Gaffurio's Theorica musicae (1480). Pythagoras of Samos, "Pythagoras the Samian", (570- 495 BC) was a Greek philosopher and mathematician. Pythagoras has been given credit for discovering the Pythagorean theorem, a theorem in geometry that states that in a right-angled triangle the area of the square on the hypotenuse, the side opposite the right angle, is equal to the sum of the areas of the squares of the other two sides. The mathematical equation is written a2 + b2 = c2. He made very important developments in astronomy and the theory of music. He was the founder of the religious and scientific society called the Pythagoreans.