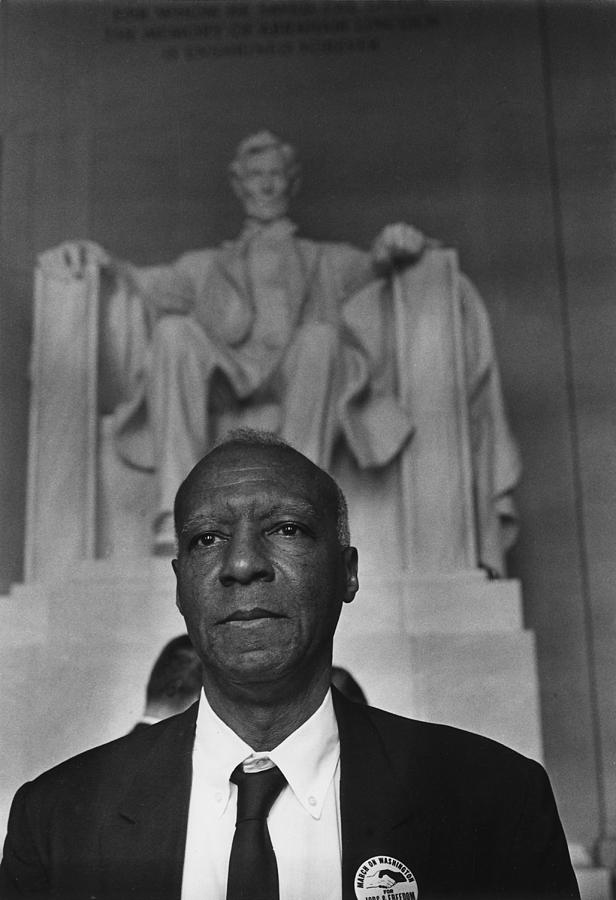 A. Philip Randolph, organizer of the demonstration, veteran labor leader who helped to found the Brotherhood of Sleeping Car Porters, American Federation of Labor (AFL), and a former vice president of the American Federation of Labor and Congress of Industrial Organizations (AFL-CIO)." The March on Washington for Jobs and Freedom was one of the largest political rallies for human rights in United States history and called for civil and economic rights for African-Americans. On Wednesday, August 28, 1963. Martin Luther King, Jr., standing in front of the Lincoln Memorial, delivered his historic "I Have a Dream" speech in which he called for an end to racism. The march is credited with helping to pass the Civil Rights Act (1964) and preceded the Selma Voting Rights Movement which led to the passage of the Voting Rights Act (1965). Asa Philip Randolph (April 15, 1889 - May 16, 1979) was a leader in the African-American civil rights movement, the American labor movement, and socialist political parties.