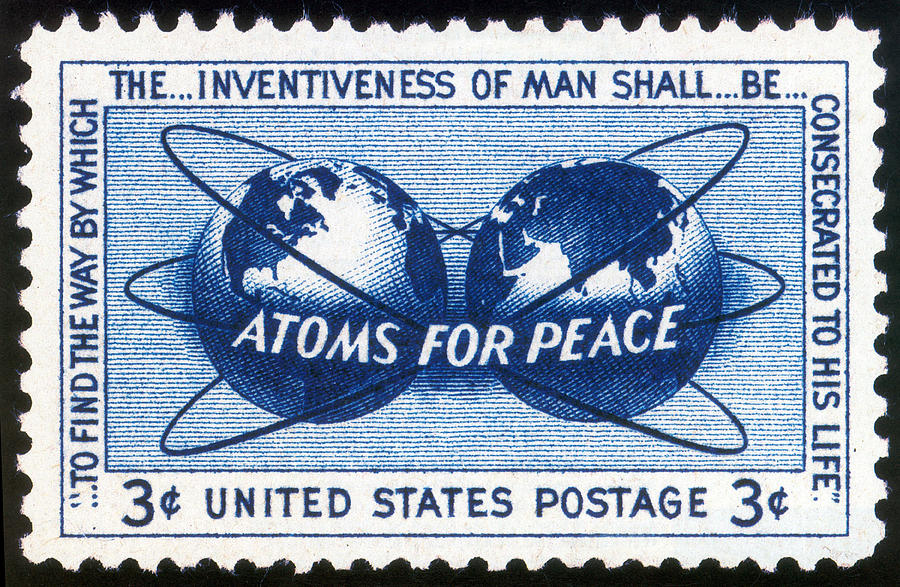 American stamp of 1955 in allusion to the program Atoms for Peace. "Atoms for Peace" was the title of a speech delivered by U.S. President Dwight D. Eisenhower to the UN General Assembly in New York City on December 8, 1953. "I feel impelled to speak today in a language that in a sense is new - one which I, who have spent so much of my life in the military profession, would have preferred never to use. That new language is the language of atomic warfare." The US then launched an "Atoms for Peace" program that supplied equipment and information to schools, hospitals, and research institutions within the US and throughout the world.