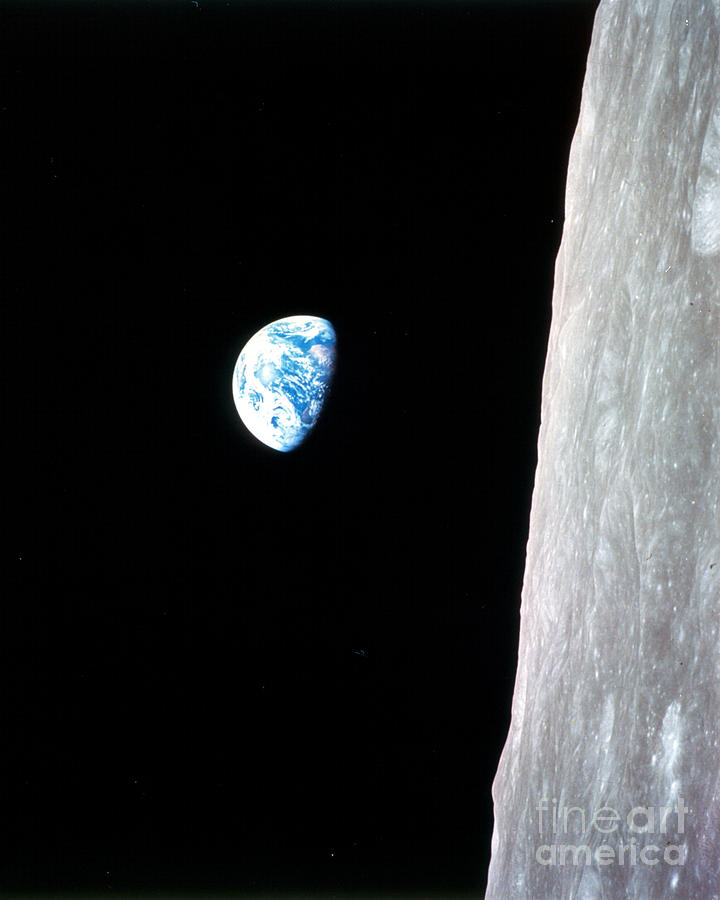 This view of the rising Earth greeted the Apollo 8 astronauts as they came from behind the Moon after the lunar orbit insertion burn. The photo is displayed here in its original orientation, though it is more commonly viewed with the lunar surface at the bottom of the photo. Earth is about five degrees left of the horizon in the photo. The unnamed surface features on the left are near the eastern limb of the Moon as viewed from Earth. The lunar horizon is approximately 780 kilometers from the spacecraft. Height of the photographed area at the lunar horizon is about 175 kilometers.