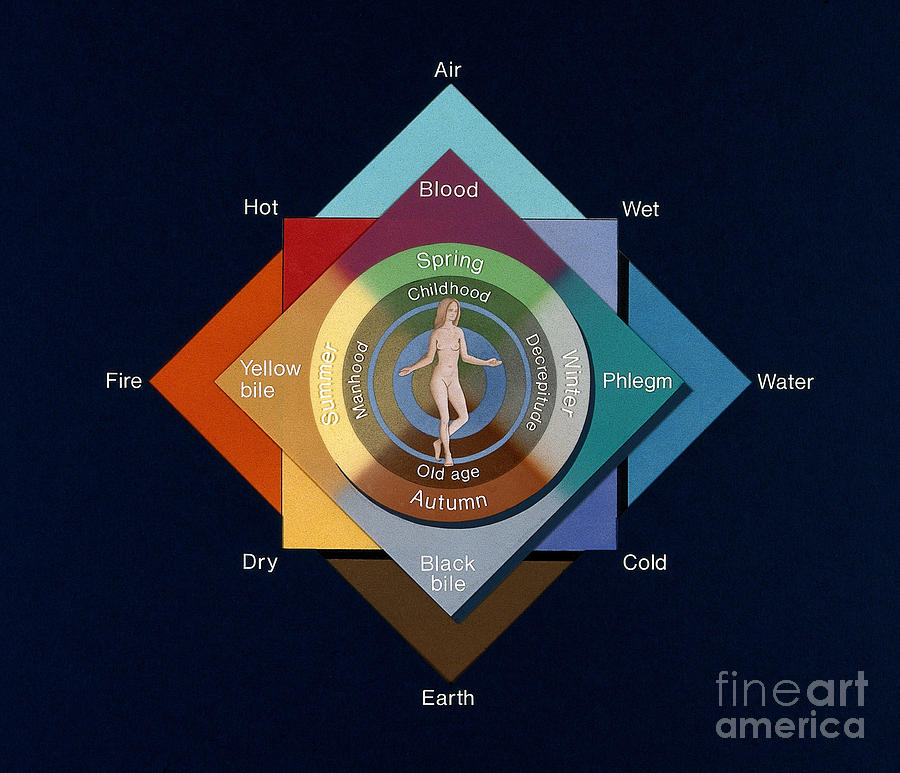 The four elements, four qualities, four humors, four seasons, and four ages of man. Airbrush by Lois Hague, 1991. Humorism was an ancient belief that an excess or deficiency of any of four distinct bodily fluids known as humors in a person directly influences their temperament and health. From Hippocrates onward, the humoral theory was adopted by Greek, Roman and Persian physicians, and became the most commonly held view of the human body among European physicians until the advent of modern medical research in the nineteenth century. The four humors of Hippocratic medicine are black bile, yellow bile, phlegm, and blood, and each corresponds to one of the traditional four temperaments. Four temperaments is a belief that there are four fundamental personality types, sanguine (pleasure-seeking and sociable), choleric (ambitious and leader-like), melancholic (analytical and literal), and phlegmatic (relaxed and thoughtful).