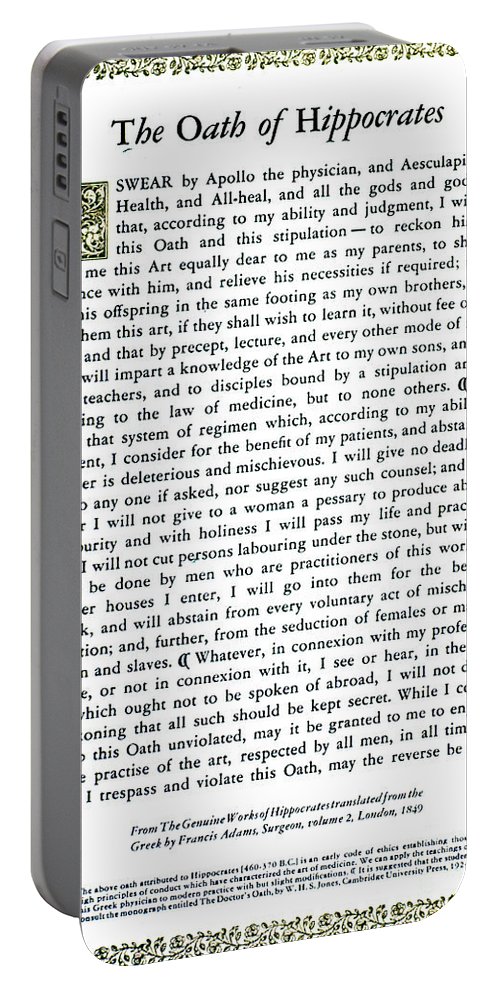 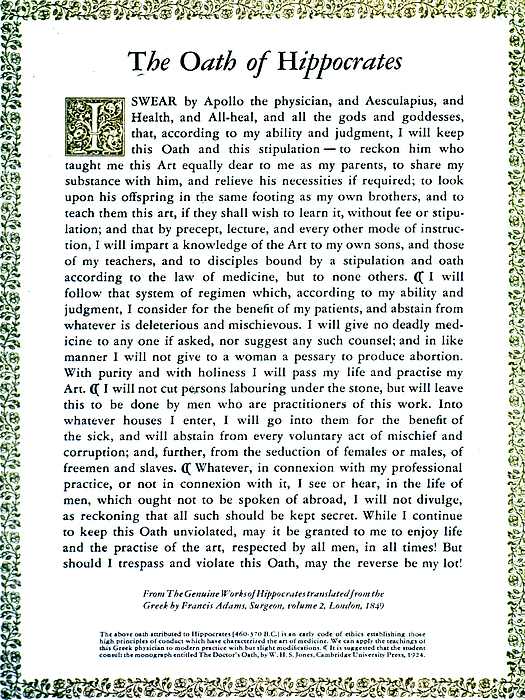 The Hippocratic Oath is an oath historically taken by physicians and other healthcare professionals swearing to practice medicine ethically. It is... more

The Hippocratic Oath is an oath historically taken by physicians and other healthcare professionals swearing to practice medicine ethically. It is widely believed to have been written by Hippocrates, often regarded as the father of western medicine, or by one of his students.The oath is written in Ionic Greek (late 5th century BC) and is usually included in the Hippocratic Corpus (a collection of around 60 early Ancient Greek medical works strongly associated with the physician Hippocrates and his teachings). The Hippocratic Oath (orkos) is one of the most widely known of Greek medical texts. It requires a new physician to swear upon a number of healing gods that he will uphold a number of professional ethical standards.