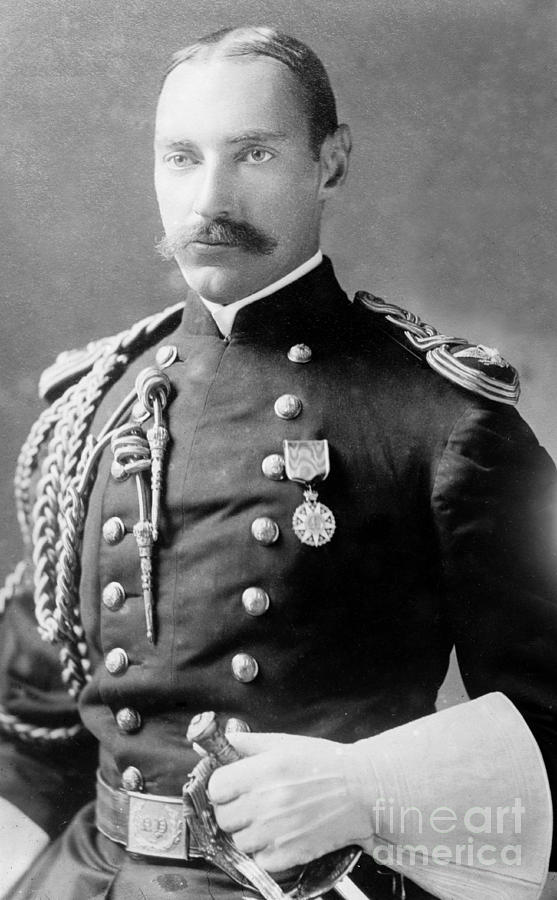 John Jacob Astor IV (July 13, 1864 - April 15, 1912) was an American businessman, real estate builder, investor, inventor, writer, lieutenant colonel in the Spanish-American War and a member of the prominent Astor family. Among Astor's accomplishments were several patented inventions, including a bicycle brake, a vibratory disintegrator used to produce gas from peat moss, and a pneumatic road-improver, and helped develop a turbine engine. Astor made millions in real estate. In 1897, Astor built the Astoria Hotel in New York City. Shortly after the outbreak of the Spanish-American War in 1898, Astor personally financed a volunteer artillery unit known as the Astor Battery, which saw service in the Philippines. Astor was appointed a lieutenant colonel in the U.S. Volunteers and served as a staff officer in Cuba during the Santiago Campaign. In April 1912, Astor earned a prominent place in history when he embarked on the ocean liner RMS Titanic, which sank four days into its maiden voyage after colliding with an iceberg. Astor was among the 1,514 people on board who did not survive. He was identified by the initials sewn on the label of his jacket. Among the items found on him was a gold pocket watch which his son, Vincent, claimed and wore the rest of his life.