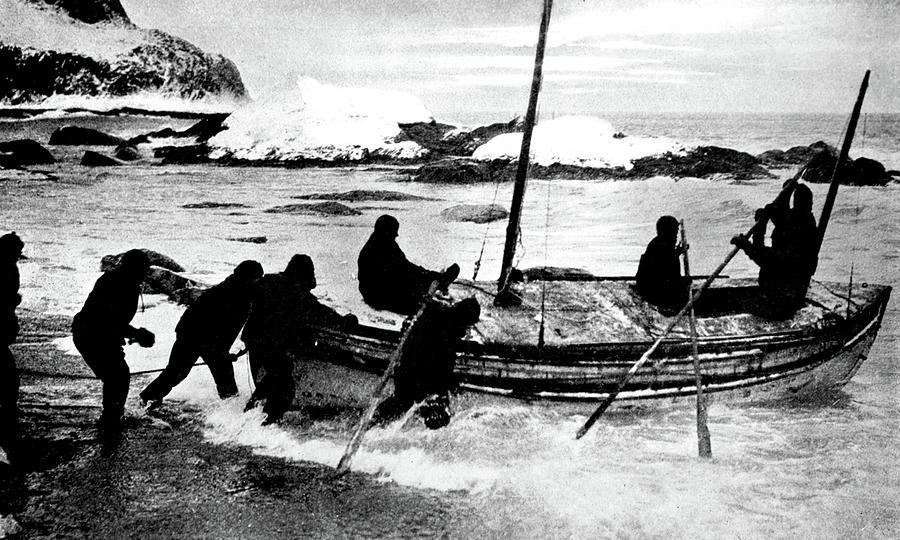 The Imperial Trans-Antarctic expedition of 1914-17, conceived by Ernest Shackleton, was an attempt to make the first land crossing of the Antarctic continent. The expedition failed to accomplish this objective, but became recognized instead as an epic feat of endurance. Endurance became beset in the ice of the Weddell Sea, and drifted northward, held in the pack ice, throughout the Antarctic winter of 1915. Eventually the ship was crushed and sunk, stranding its 28-man crew on the ice. Photographed by Frank Hurley (cropped and cleaned).