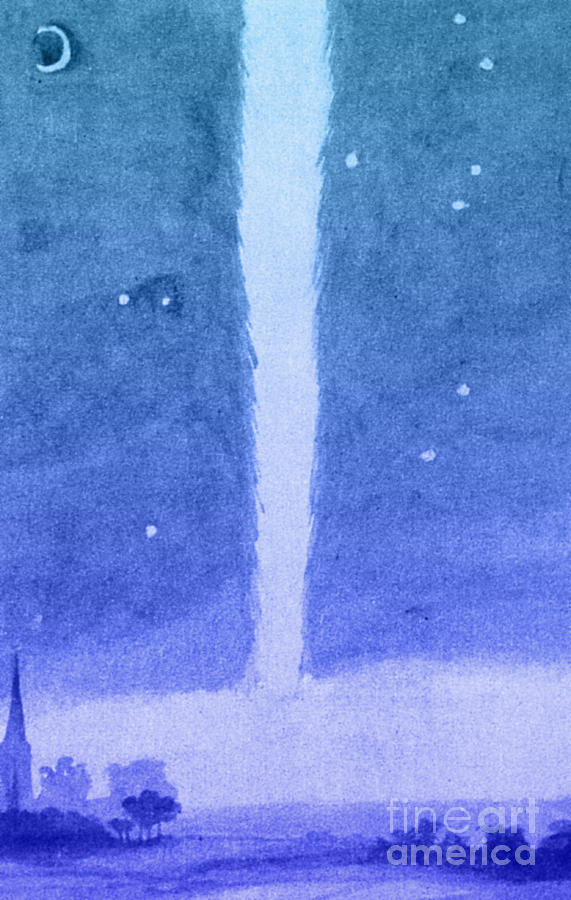 Anonymous watercolor depicting the comet of 1680 over the Low Countries. C/1680 V1, also called the Great Comet of 1680, Kirch's Comet, and Newton's Comet, has the distinction of being the first comet discovered by telescope. Discovered by Gottfried Kirch on 14 November 1680, New Style, it became one of the brightest comets of the 17th century,reputedly visible even in daytime,and was noted for its spectacularly long tail. Aside from its brilliance, it is probably most noted for being used by Isaac Newton to test and verify Kepler's laws. The Low Countries are the historical lands around the low-lying delta of the Rhine, Scheldt, and Meuse rivers, including the modern countries of Belgium, the Netherlands, Luxembourg and parts of northern France and western Germany.