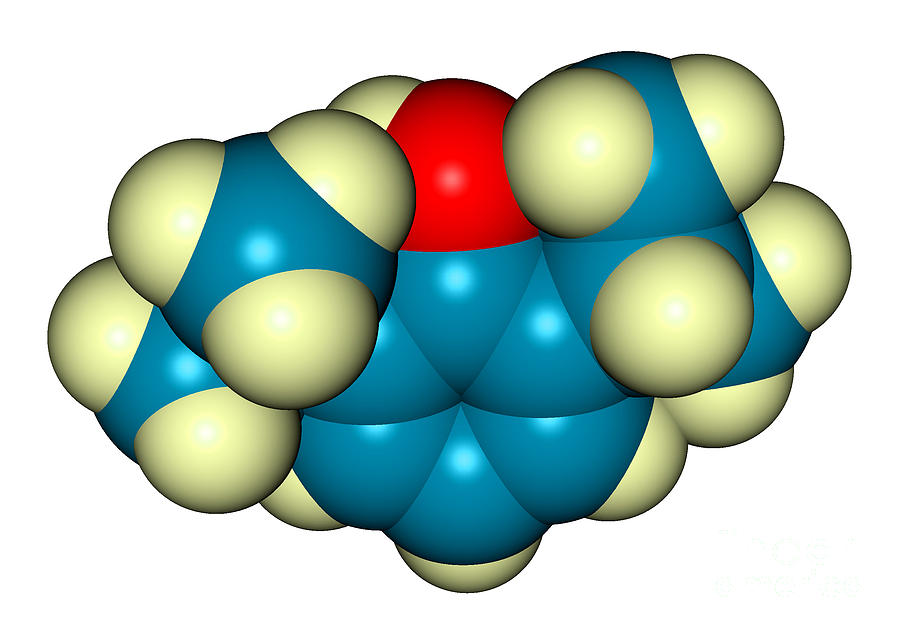 Propofol (Diprivan) is a short-acting, intravenously administered hypnotic agent. It has largely replaced sodium thiopental (Pentothal) for induction of anesthesia, because recovery from propofol is more rapid and "clear" when compared with thiopental. Propofol may be combined with opioids such as fentanyl to alleviate pain. Propofol has been called "milk of amnesia", because it has a milk appearance of its intravenous preparation. It is an opaque white fluid due to the presence of minute soybean oil droplets. Pop star Michael Jackson died from a mixture of propofol and the benzodiazepine drugs lorazepam on top of diazepam ingested earlier. Molecular model Carbon (red), Hydrogen (yellow), Oxygen (blue). Formula C12 H18 O. Molecular mass 178.271 g/mol.