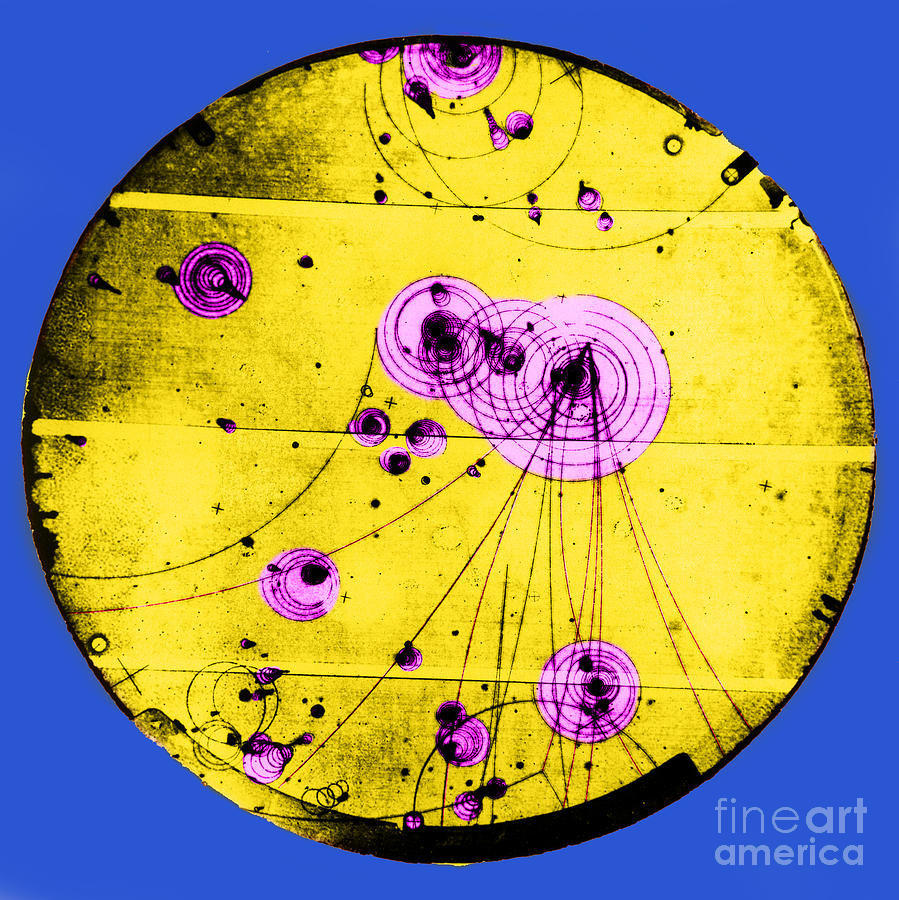 This image of a proton-photon collision was obtained with a bubble chamber at the Stanford Linear Accelerator Center (SLAC), showing the collision between an hydrogen nucleus (proton) and a high-energy photon. The collision has taken place in the area at center right; the track of the photon is not visible because only charged particles leave tracks in a bubble chamber. Nine particles (in red) are seen branching from the collision site heading towards the bottom of the image. The tight spirals scattered in the frame are electrons whose trajectories are strongly curved by the magnetic field of the bubble chamber. The high-energy photon was produced by allowing SLAC's 2-mile electron beam to strike a target, releasing the photon. Designed as a 20-Bev. machine, the 21 Bev. accelerator also exceeded its design intensity of 50 milliamperes on the weekend of December 7th, 1968.