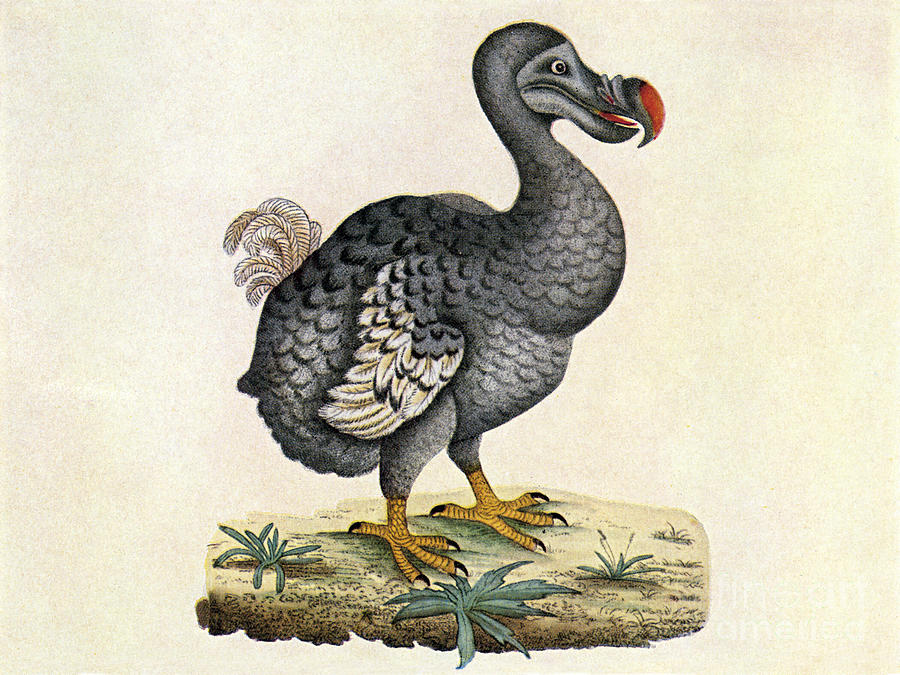 Dodo bird, Raphus cucullatus. Illustration of the extinct dodo. The dodo was a distant relative of the pigeon. Roughly the size of a swan, it was heavily-built, flightless and clumsy. Two species were known with certainty the common dodo Raphus cucullatus from Mauritius which became extinct between 1665 and 1670, and the Rodriguez solitaire Pezophaps solitaria from the neighbouring island of Rodriguez, which died out around 1761. The dodo's numbers quickly dwindled following the arrival of humans to these isolated habitats. All but defenceless these birds were ill-equipped to cope with the new hunters and the competition from other introduced animal species.