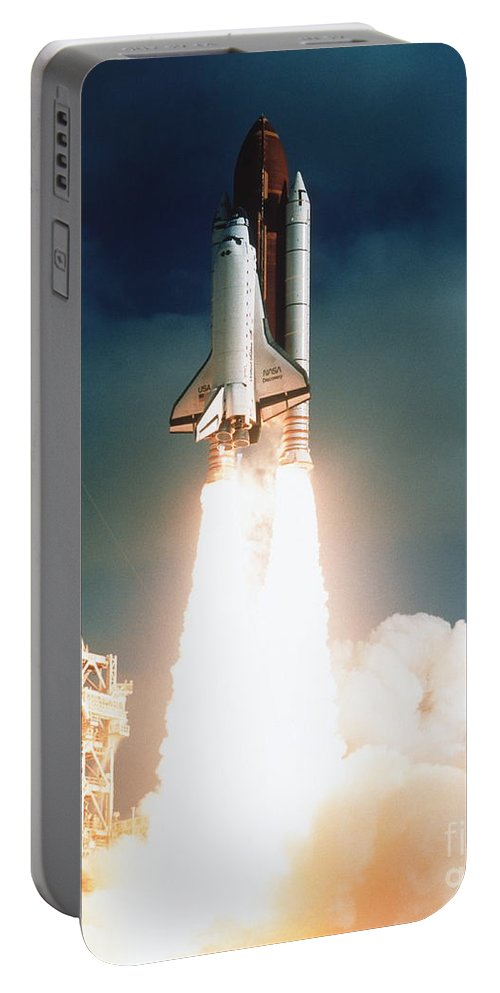 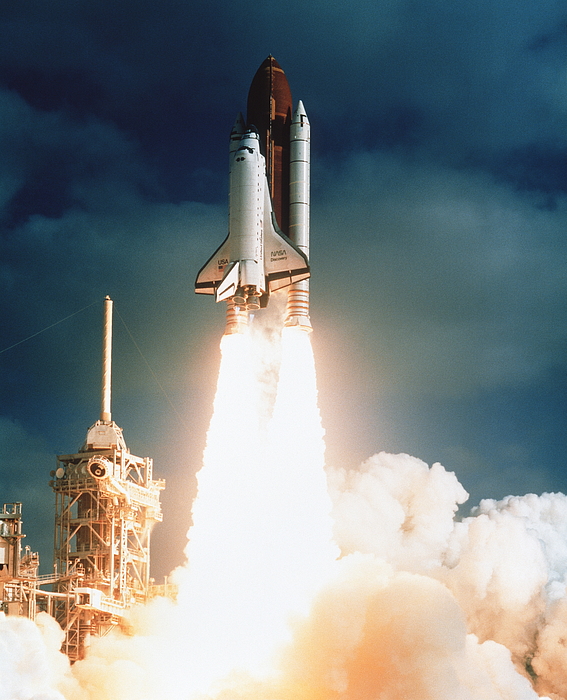 Launch of the space shuttle Discovery on 24 April, 1990 (mission STS-31), carrying the Hubble Space Telescope into orbit. The Space Telescope will be able to view objects 50 times fainter and 7 times further away than is possible with existing ground-based optical telescopes. In addition to being able to see fainter objects, Space Telescope will produce images of much higher resolution (detail) because they will not suffer the blurring effect of the Earth's turbulent atmosphere. On board Discovery is a crew of five veteran astronauts; Loren J. Shriver, Charles P. Bolden, Bruce McCandless, Kathryn D. Sullivan & Steven A. Hawley.