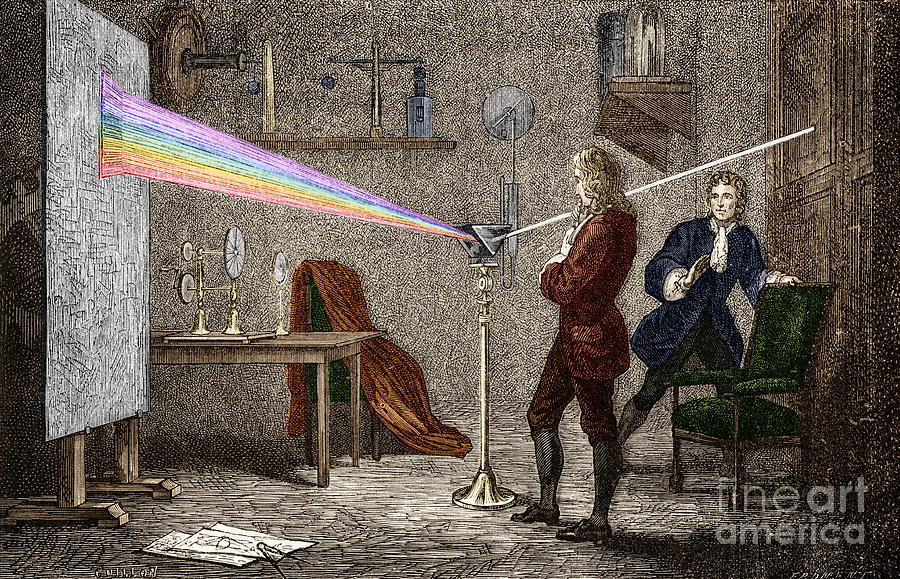 Isaac Newton (December 25, 1642 - March 20, 1727) was an English physicist, mathematician, astronomer, natural philosopher, alchemist, and theologian. His monograph "Philosophiae Naturalis Principia Mathematica", published in 1687, lays the foundations for most of classical mechanics. In this work, Newton described universal gravitation and the three laws of motion, which dominated the scientific view of the physical universe for the next three centuries. Newton built the first practical reflecting telescope and developed a theory of color based on the observation that a prism decomposes white light into the many colors that form the visible spectrum. He also formulated an empirical law of cooling and studied the speed of sound. In mathematics, Newton shares the credit with Gottfried Leibniz for the development of differential and integral calculus. He died in his sleep in 1727, at the age of 84. After his death, his hair was examined and found to contain mercury, probably resulting from his alchemical pursuits.