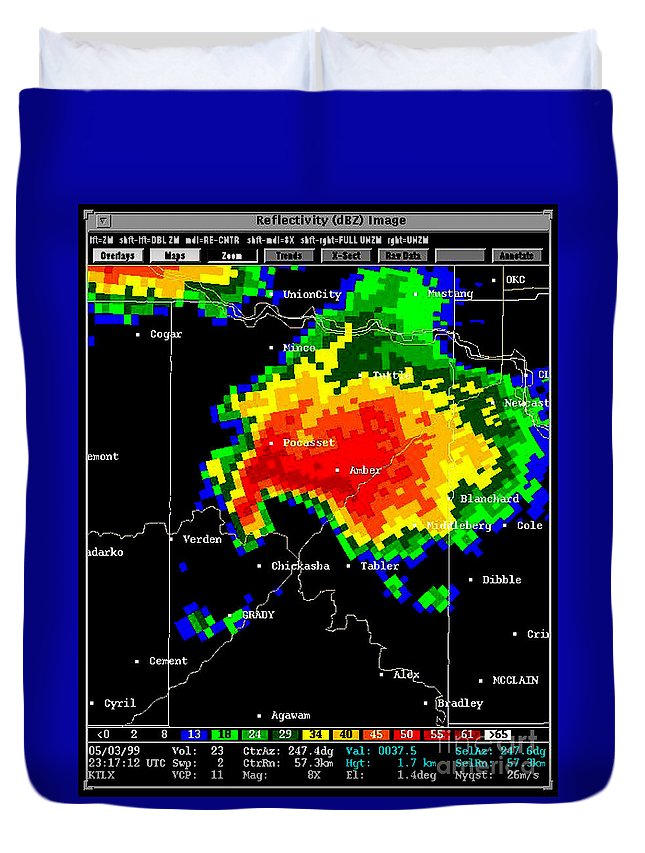 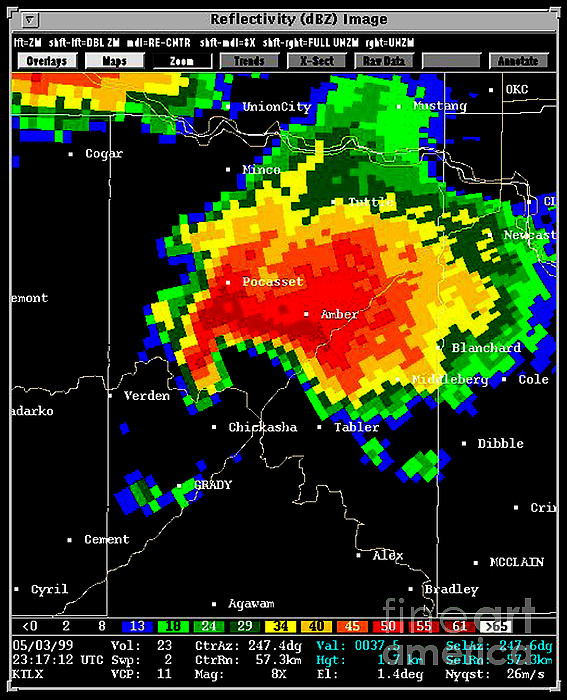 Queen duvet cover (88" x 88") featuring the image "Supercell With Hook Echo, Radar" by Science Source. Our soft microfiber duvet covers are hand sewn and include a hidden zipper for easy washing and assembly. Your selected image is printed on the top surface with a soft white surface underneath. All duvet covers are machine washable with cold water and a mild detergent.

Reflectivity image of the same elongated supercell showing intensification and better defined hook echo. May 4, 1999. 0216 UTC. The hook echo is one... more

Reflectivity image of the same elongated supercell showing intensification and better defined hook echo. May 4, 1999. 0216 UTC. The hook echo is one of the classical hallmarks of tornado-producing supercell thunderstorms as seen on a weather radar. The echo is produced by rain, hail, or even debris being wrapped around the supercell. The National Weather Service considers the presence of a hook echo as sufficient to justify issuing a tornado warning. A supercell is a thunderstorm that is characterized by the presence of a mesocyclone a deep, continuously-rotating updraft. For this reason, these storms are sometimes referred to as rotating thunderstorms. Of the four classifications of thunderstorms (supercell, squall line, multi-cell, and single-cell), supercells are the overall least common and have the potential to be the most severe. Supercells are often isolated from other thunderstorms, and can dominate the local climate up to 20 miles away. Supercells can occur anywhere in the wor...