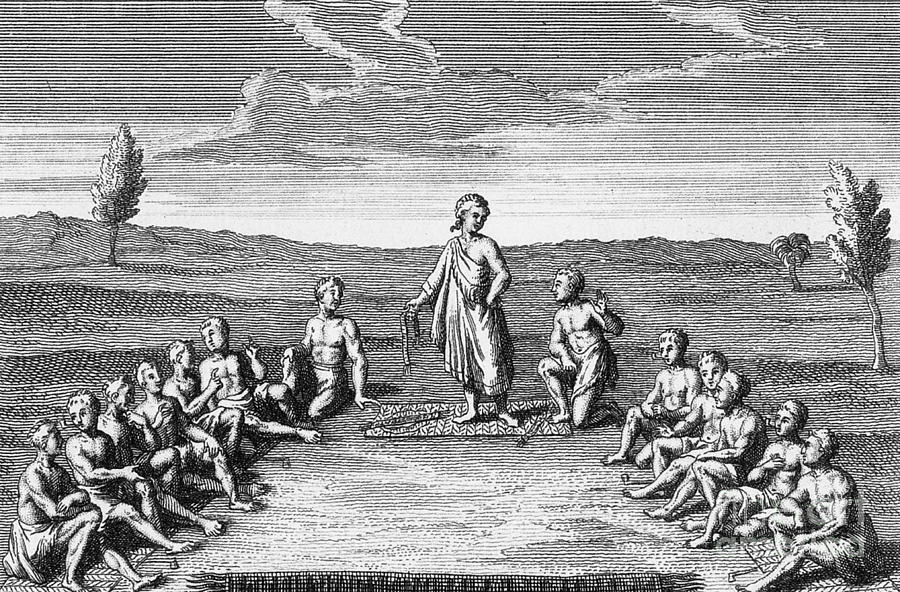 The Five Nation Confederacy. Engraving from Pere Joseph Francois Lafitau, "Moeurs des sauvages ameriquains." Paris, 1724. The Confederacy was a political and civic organization formed around 1570 by the five Iroquois nations in what is now New York State and Canada. Iroquois towns were autonomous but the Confederacy influenced life from the Mississippi River to the Atlantic Ocean. While men dominated the politics of the Confederacy, it was the elder women who nominated tribal chiefs and representatives to the councils. Some have suggested that Benjamin Franklin based his vision of a democratic society on the Iroquois system. This engraving shows the widespread use of beaded belts, called wampum, as aids to the memorization of tribal law.