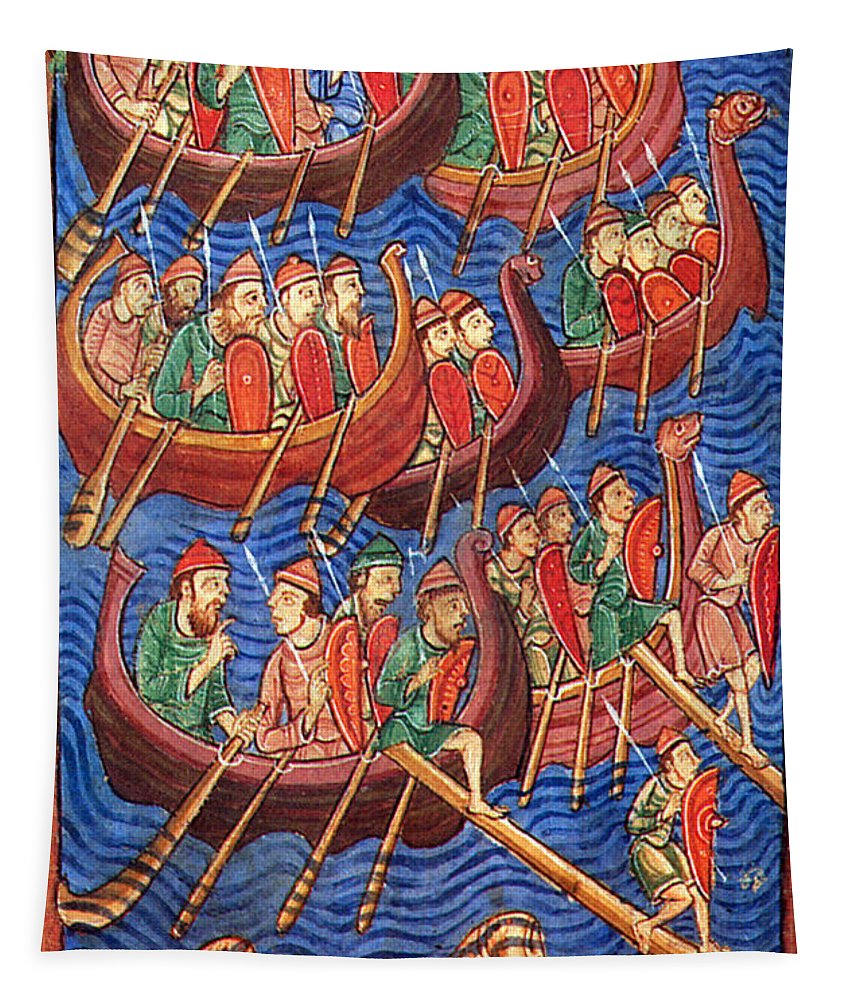 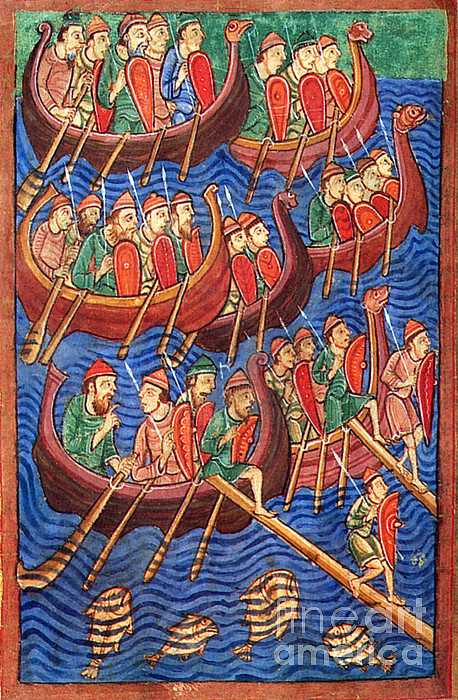 Illuminated manuscript from the Life of Edmund, unknown artist, (circa 1130) depicting the autumn of AD 865/866 when Ivar Ragnarsson (nicknamed the... more