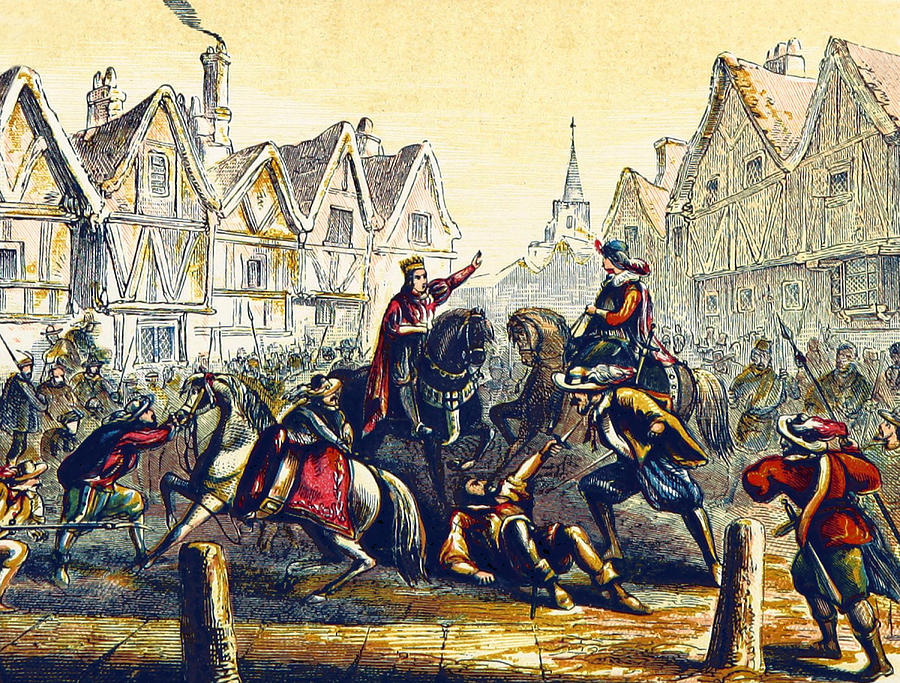 The Peasants' Revolt was a major uprising across large parts of England in 1381. The revolt had various causes, including the socio-economic and political tensions generated by the Black Death in the 1340s, the high taxes resulting from the conflict with France during the Hundred Years' War, and instability within the local leadership of London. Inspired by the sermons of the radical cleric John Ball, and led by Wat Tyler, a contingent of Kentish rebels advanced on London. On June 13, the rebels entered London and, joined by many local townsfolk, attacked the jails, destroyed the Savoy Palace, set fire to law books and buildings in the Temple, and killed anyone associated with the royal government. The following day, Richard met the rebels at Mile End and acceded to most of their demands, including the abolition of serfdom. Wat Tyler (died June 15, 1381) leader of the revolt was killed by officers loyal to King Richard II during negotiations at Smithfield, London. Image taken from page 314 of "A History of England for the Young" by Henry Tyrrell, 1872, entitled Death of Wat Tyler.