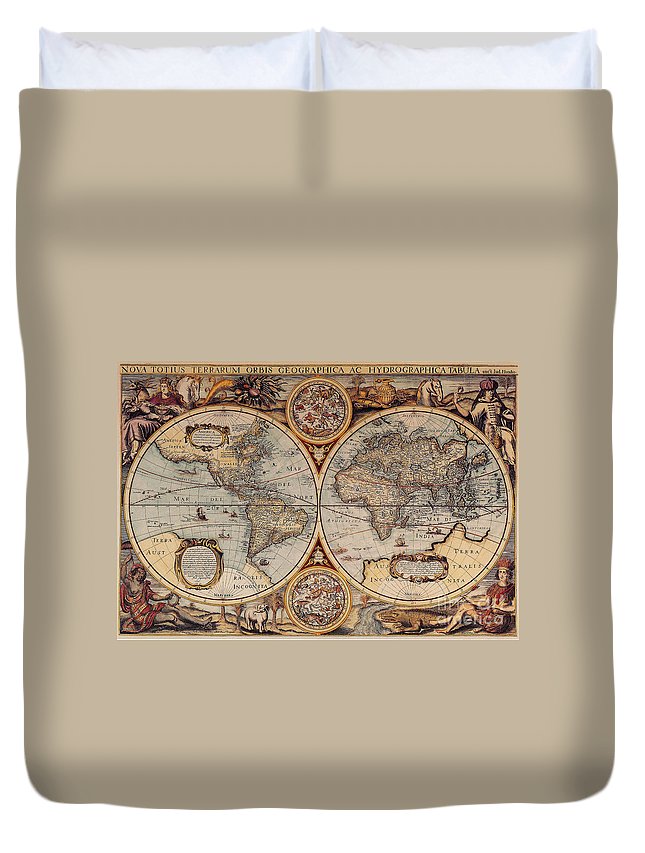 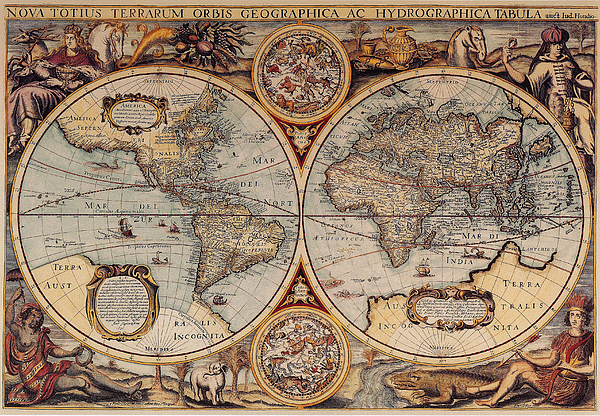 Queen duvet cover (88" x 88") featuring the image "World Map 1636" by Photo Researchers. Our soft microfiber duvet covers are hand sewn and include a hidden zipper for easy washing and assembly. Your selected image is printed on the top surface with a soft white surface underneath. All duvet covers are machine washable with cold water and a mild detergent.

A world map from the Admiralty Collection, United Kingdom Hydrographic Office (UKHO). This map was made in 1636 by Henri le Roy and was published in... more

A world map from the Admiralty Collection, United Kingdom Hydrographic Office (UKHO). This map was made in 1636 by Henri le Roy and was published in 1637 by Michael van Lochom. It is based on an earlier world map from 1617 by Jodocus Hondius. Henri le Roy added decorative engravings and borders to represent, in the secular iconography of the time, different places and continents. The horse and reindeer stand in for Europe, the camel for Asia, an elephant for Africa and a crocodile for the Americas. The map appeared in Nicholas Tassin's atlas, 'Cartes Generales,' in 1637.