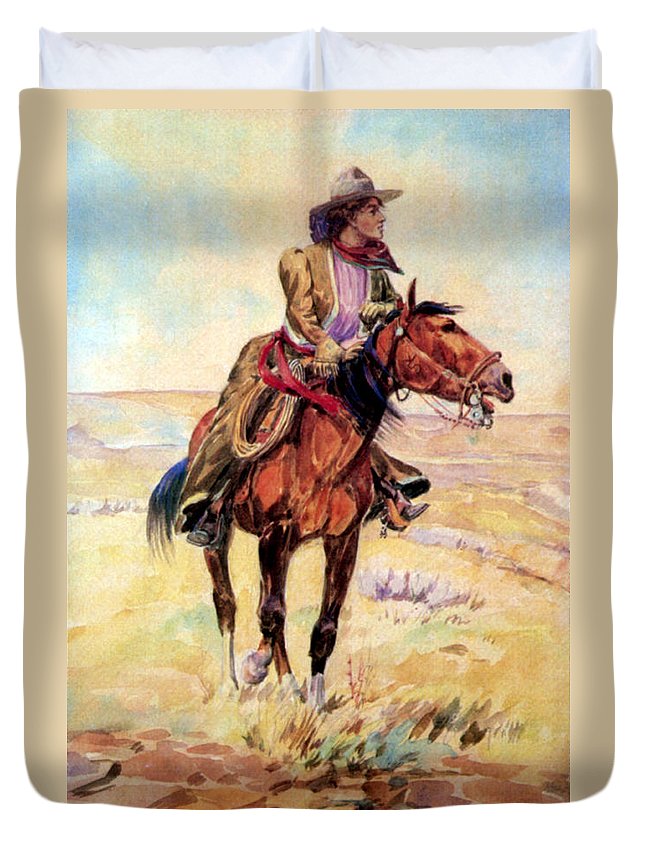 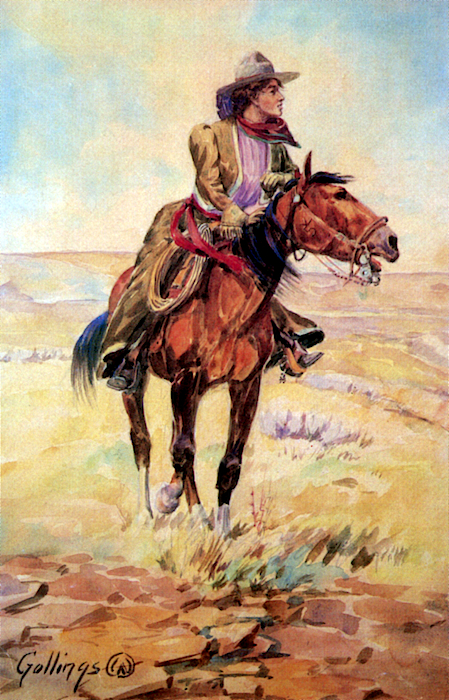 Queen duvet cover (88" x 88") featuring the image "Wyoming Cowgirl, 1907" by Science Source. Our soft microfiber duvet covers are hand sewn and include a hidden zipper for easy washing and assembly. Your selected image is printed on the top surface with a soft white surface underneath. All duvet covers are machine washable with cold water and a mild detergent.

A Wyoming cowgirl rides the range in this watercolor by cowboy artist E.W. Bill Gollings. The history of women in the west, and women who worked on... more

A Wyoming cowgirl rides the range in this watercolor by cowboy artist E.W. "Bill" Gollings. The history of women in the west, and women who worked on cattle ranches in particular, is not as well documented as that of men. It wasn't until the advent of Wild West Shows that "cowgirls" came into their own. These adult women were skilled performers, demonstrating riding, expert marksmanship, and trick roping that entertained audiences around the world. Women such as Annie Oakley became household names. By 1900, skirts split for riding astride became popular, and allowed women to compete with the men without scandalizing Victorian Era audiences by wearing men's clothing or, worse yet, bloomers. In the movies that followed from the early 20th century on, cowgirls expanded their roles in the popular culture and movie designers developed attractive clothing suitable for riding Western saddles.