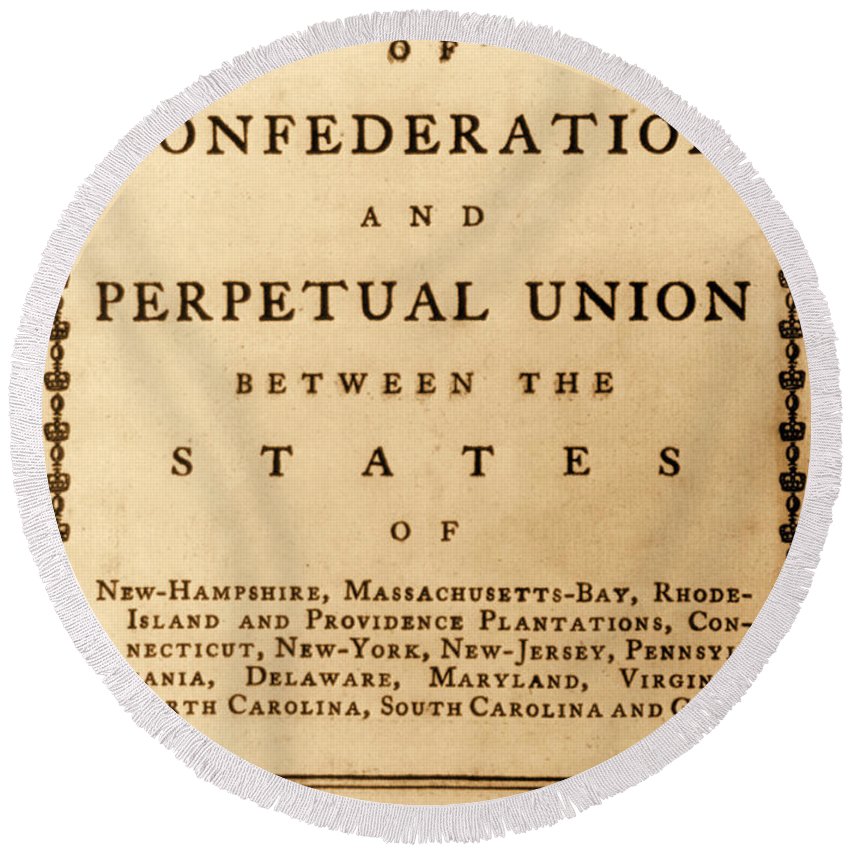 Articles Of Confederation, 1777 Round Beach Towel