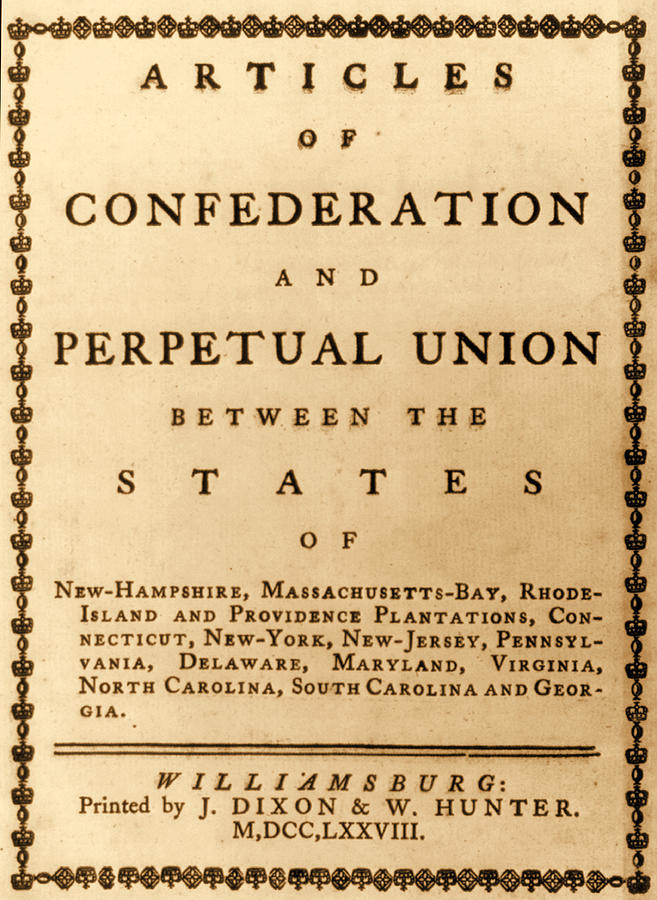 The Articles of Confederation, formally the Articles of Confederation and Perpetual Union, was an agreement among all thirteen original states in the United States of America that served as its first constitution. Its drafting by a committee appointed by the Second Continental Congress began on July 12, 1776, and an approved version was sent to the states for ratification in late 1777. The formal ratification by all thirteen states was completed in early 1781. Government under the Articles was superseded by a new constitution and federal form of government in 1789. Even unratified, the Articles provided a system for the Continental Congress to direct the American Revolutionary War, conduct diplomacy with Europe and deal with territorial issues and Native American relations. Nevertheless, the weakness of the government created by the Articles became a matter of concern for key nationalists. On March 4, 1789, the general government under the Articles was replaced with the federal government under the United States Constitution. The new Constitution provided for a much stronger federal government with a chief executive (the President), courts, and taxing powers.