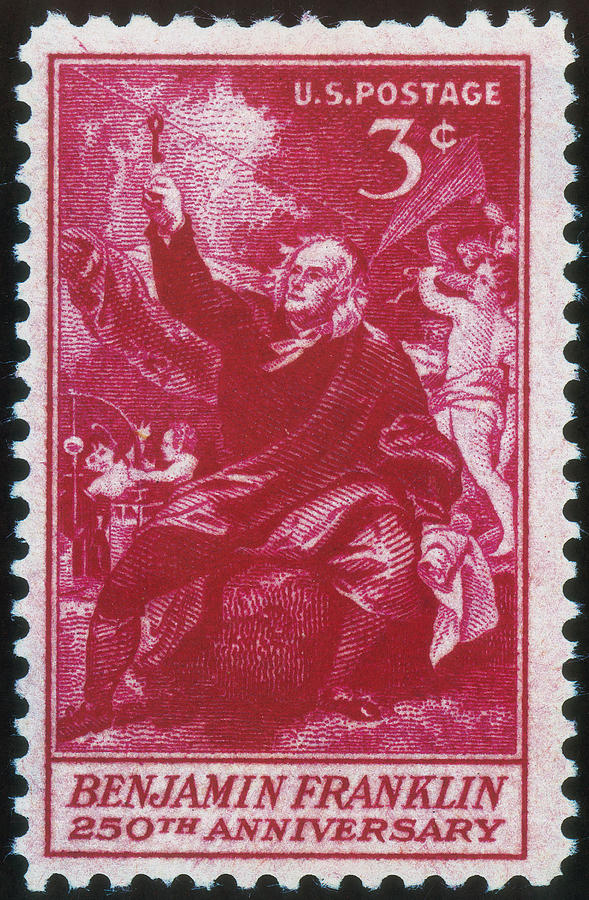 U.S. postage stamp commemorating the 250th anniversary of Benjamin Franklin's birth. Benjamin Franklin (January 17, 1706 - April 17, 1790) was one of the Founding Fathers of the United States. He was an author, printer, political theorist, politician, postmaster, scientist, musician, inventor, satirist, civic activist, statesman and diplomat. As a scientist, he was a major figure in the American Enlightenment and the history of physics for his discoveries and theories regarding electricity. He earned the title of "The First American" for unfaltering campaign for colonial unity; spokesman in London for several colonies and as the first US Ambassador to France. He personified the American ethos; practical, democratic values of thrift, hard work, education, community spirit, self-governing institutions, and opposition to authoritarianism both political and religious, with the scientific and tolerant values of the Enlightenment. He died on April 17, 1790, at age 84. Approximately 20,000 people attended his funeral.