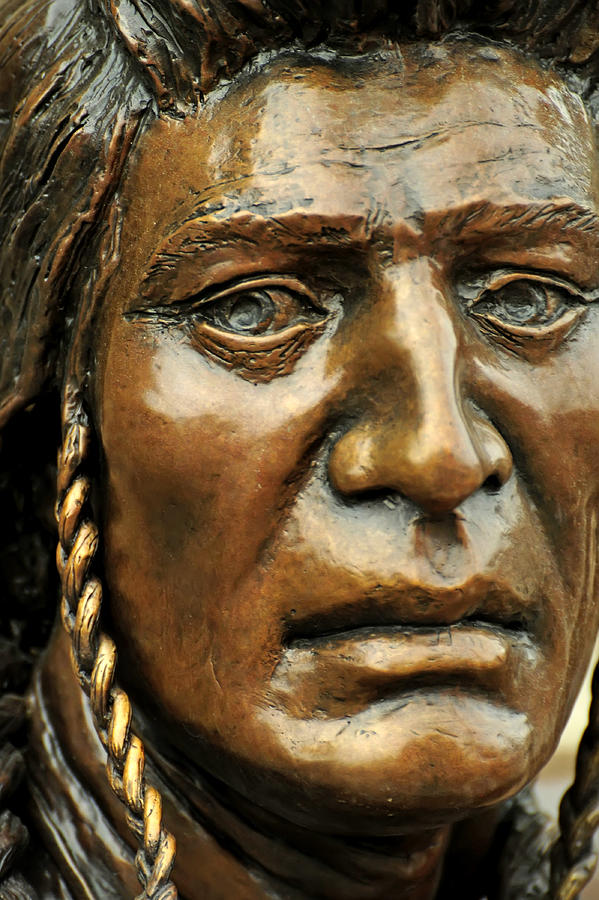 Nez Perce Indian Bronze, owned by the city of Joseph, Oregon, in the public domain. Joseph is in Wallowa County, Oregon, United States. Started in 1880, the city named itself for Nez Perce Chief Joseph. The population was 1,054 was deeply affected by the collapse of the timber industry in the 1980s, but was revived with the opening of Valley Bronze, a fine art bronze foundry. In the years since, two more bronze foundries have opened in the local area as well as studios and art galleries specializing in bronze sculpture.