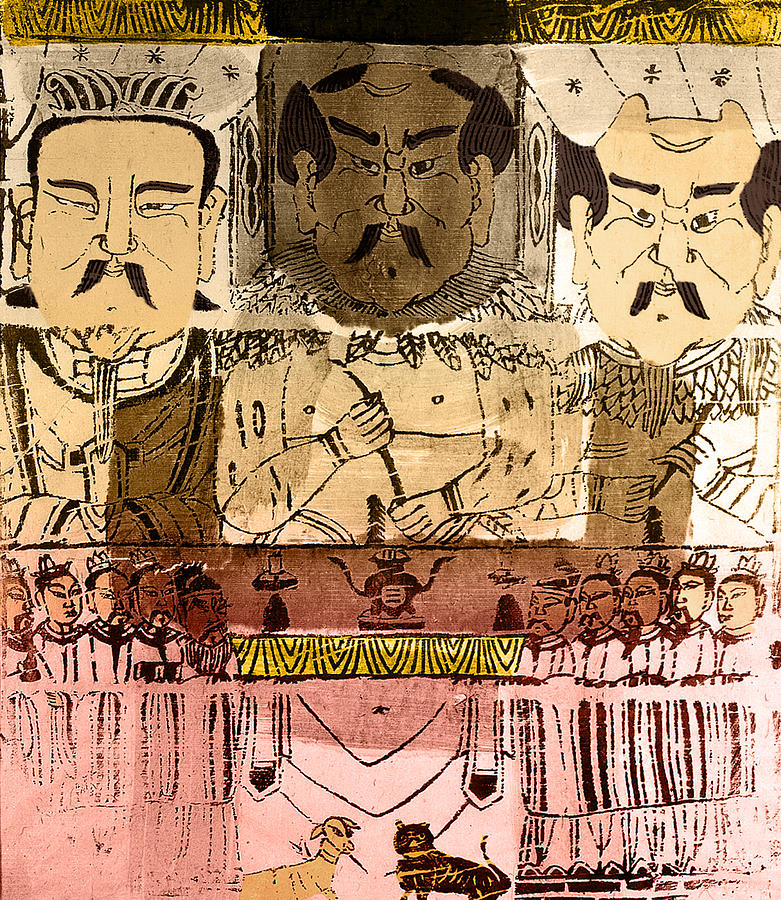 The Three Sovereigns. The Three Sovereigns were a group of mythological demigods from ancient China, today considered culture heroes. In the middle is Shennong (or Shen Nung), flanked by Fu Hsi (or Fu Xi, Fu-hsi, Fuxi) (right) and Huangdi (formerly Huang-ti and Hwang-ti) (left), with ten of the most famous Chinese doctors grouped on either side at bottom. Shennong (or Shen Nung) was also known as the Emperor of the Five Grains. He is a god of medicine, said to have taught the ancient Chinese not only their practices of agriculture, but also their use of herbal drugs. Fu Xi is a culture hero in Chinese legend, acredited (along with his sister Nu Wa) with creating humanity and the invention of writing, hunting, fishing and cooking Huangdi, formerly romanized as Huang-ti and Hwang-ti, is one of the legendary Chinese sovereigns and culture heroes. Traditionally credited with numerous inventions and innovations, the Yellow Emperor is now regarded as the initiator of Chinese civilization, and said to be the ancestor of all Huaxia Chinese.