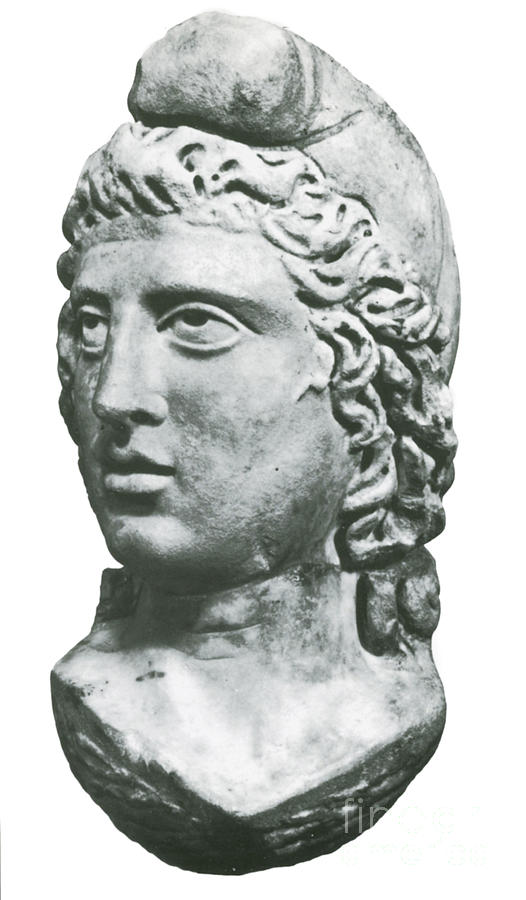 Bust of Mithras, circa 200 AD, found in London. Mithra is the Zoroastrian divinity (yazata) of covenant and oath. He is also a judicial figure, an all-seeing protector of Truth. The Romans attributed their Mithraic Mysteries to Persian or Zoroastrian sources relating to Mithra. However, since the early 1970s the dominant scholarship has noted dissimilarities, and those mysteries are now qualified as a distinct Roman product. Like most other divinities, Mithra is not mentioned by name in the Gathas, the oldest texts of Zoroastrianism and generally attributed to Zoroaster himself. As the divinity of contract, Mithra is undeceivable, infallible, eternally watchful, and never-resting. He the protector of cattle, and guardian of the waters and ensures that those pastures receive enough of it. The Mithraic Mysteries were a mystery religion practiced in the Roman Empire from about the 1st to 4th centuries AD. The name of the Persian god Mithra, adapted into Greek as Mithras, was linked to a new and distinctive imagery. Numerous archeological finds, including meeting places, monuments, and artifacts, have contributed to modern knowledge about Mithraism throughout the Roman Empire. The iconic scenes of Mithras show him being born from a rock, slaughtering a bull, and sharing a banquet with the god Sol (the Sun).