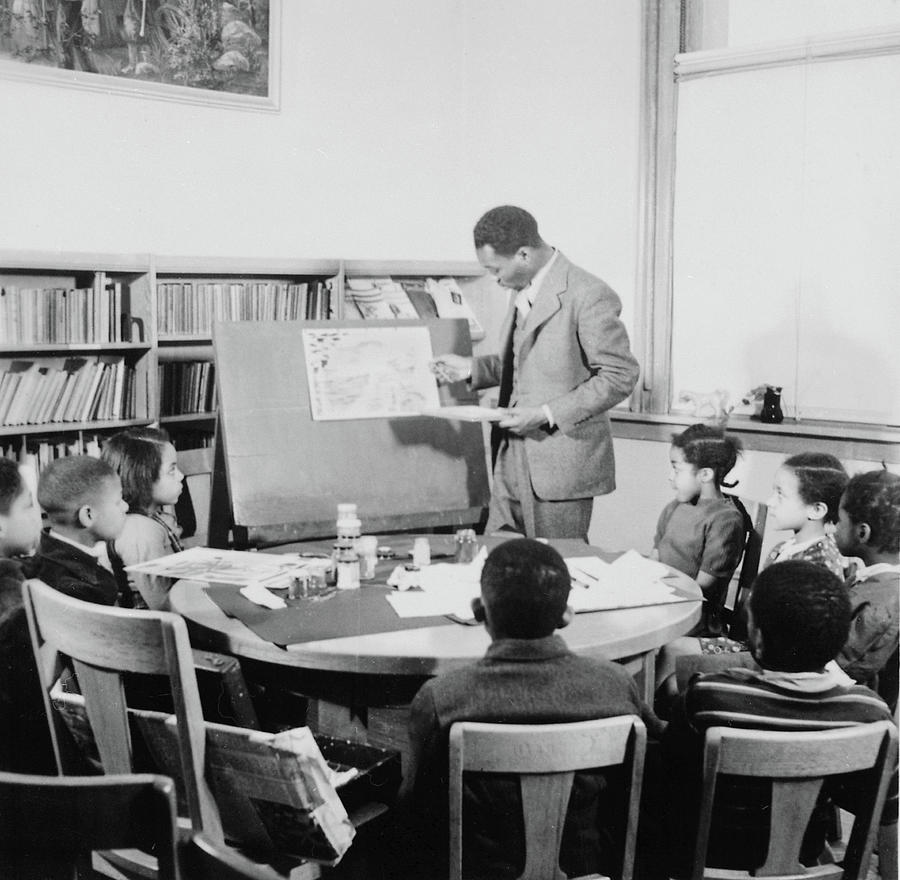 Jacob Lawrence (1917-2000) was an African-American painter and educator. Lawrence referred to his style as "dynamic cubism." One of the best-known 20th-century African-American painters, Lawrence was 23 years old when he gained national recognition with his 60-panel Migration Series, painted on cardboard. The series depicted the Great Migration of African-Americans from the rural South to the urban North. He is shown here giving a demonstration of painting techniques at the Abraham Lincoln School in New York.